January’s set of Flying Blue Promo Rewards are out and there are three U.S. cities listed – Boston, Miami and Washington D.C. It’s listed as 25% off awards and, as is often the case, it looks like the discount is available on both economy and business class award flights if you look hard enough. The landing page for Flying Blue Promo Rewards displays ‘Starting At’ pricing which makes it look like it’s only valid on economy flights. That doesn’t seem to be the case though as it appears that some discounted business class awards are available too.

In the past, it seemed like flying beyond Paris and Amsterdam (Air France and KLM hubs respectively) would sometimes result in even cheaper pricing than flying directly into CDG and AMS. Based on the searches I’ve done with this latest round of Flying Blue Promo Rewards, the cheapest pricing for once seems to be when flying directly to Paris or Amsterdam, but perhaps there are some other cities/dates that generate cheaper pricing.

For example, you can fly directly from Dulles to Amsterdam for only 12,750 miles one-way in economy, along with $63.30 in taxes and fees.

They were hard to find, but I think I found some discounted awards on that same route in business class for 56,500 miles one-way plus $218.80 in taxes and fees. Flying Blue doesn’t have a fixed award chart though and their pricing can be all over the place, so I’m not 100% certain that 56,500 is the discounted price.

If you want to travel to Europe at some point before the end of June, Flying Blue Promo Rewards are always worth checking out as there are the occasional great deals if you get lucky with your dates and city pairings. 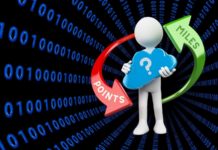 The easy foreign airline frequent flyer programs you should be using (EXPIRED) United: Up To 40% Off Award Sale To Hawaii For Premier Members And/Or Cardholders (Book By 1/4/23)

Is there any space from any european city to boston at the end of June? what’s the best way to search?

are all deals gone from IAD? 🙁

I saw some availability in October from JFK-CDG for 56k FB miles.

Last year, we had 2 tickets in J from Atlanta to Marseille and returning from Toulouse for 230k total not a promo reward. Unfortunately, we had to cancel and I have not seen any prices close to that since.

If i cancel one of these awards do the miles get refunded?

José
Reply to  Too Nashty

I have an award book this summer I’m flying blue, and I remember the terms saying that each ticket can be canceled for $100 or €100, I can’t remember which one.