If unlimited flights on Frontier for a year is on your letter to Santa this Christmas, have I got great news for you. Frontier is going to be selling a limited number of unlimited flight passes that will be valid for 12 months and can be used for flights to all of their destinations.

They’re calling it a GoWild! All-You-Can-Fly Pass, but given the fact that there’ll likely be some level of sado-masochism needed to take unlimited flights with Frontier, perhaps it should be called 50 Shades Of Getaway. 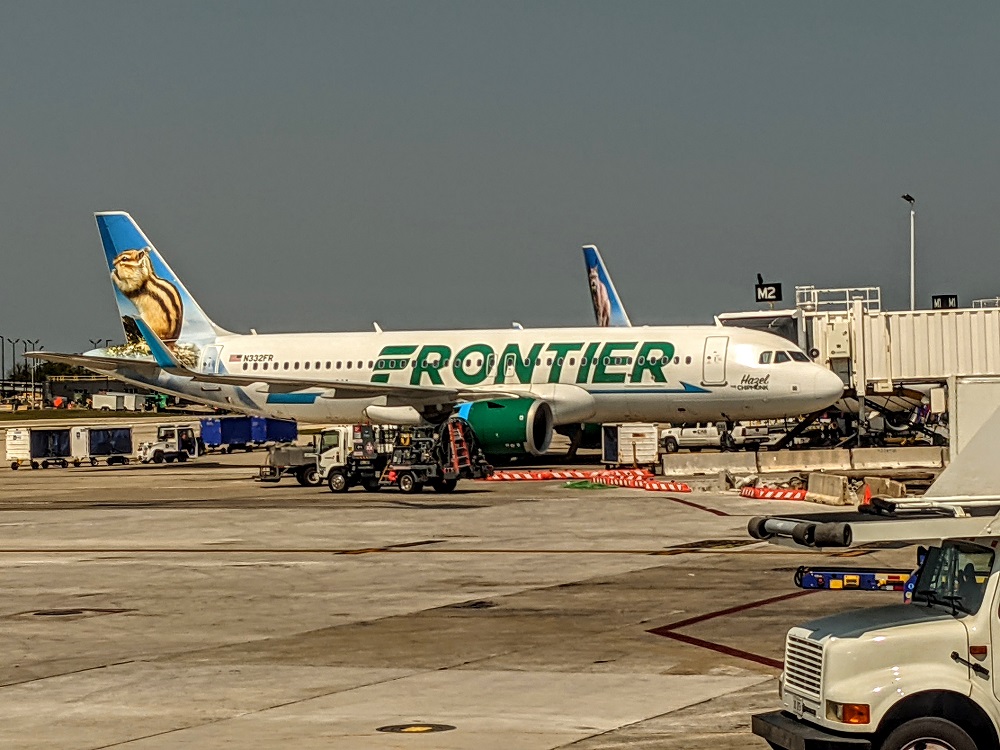 We have limited information at the moment about how the pass will work. All we have is the following press release:

Get ready to turn your flexibility into unlimited free travel with the new GoWild! All-You-Can-Fly Pass. For one low price, you will enjoy:

Last year alone, five million seats flew empty, now they could be yours. With your new GoWild! Pass, you will be able to get confirmed for your flight the day before you take off on one of your limitless adventures, beginning spring 2023.

As you can see in the final paragraph, Frontier Miles members will have early access to this unlimited flights pass. If you’re not a member already and are potentially interested in taking advantage of this offer, then it’d be worth signing up for their loyalty program now.

The biggest unknown is how much this All-You-Can-Fly Pass will cost. If it’s priced keenly enough, it’ll no doubt sell out in seconds. If it’s priced too high though, Frontier’s clientele might be put off making such a large up-front investment.

I can’t help but be concerned that Frontier is trying to be smart with some of the way they’ve phrased aspects of their announcement. For example, it says “Access to all our destinations.” A reasonable interpretation of that would be that you’ll be able to book any flight to any destination with this pass. However, that wording does leave open the opportunity for them to be sneaky and say something like “Flights to Orlando have to be booked from San Antonio and not the other 65+ cities we normally serve to Orlando.” They’re still being truthful that you’ll have access to all their destinations, it just wouldn’t be as much access as you’d like to assume. I’m not saying they will do that, just that the lack of an “Any flight, any destination” guarantee makes me think there could be restrictions or perhaps substantial blackout dates.

Somewhat similarly, the bullet point that says “Bookings confirmed ahead of travel” has me a little dubious about their intentions. Maybe it should be taken at face value – that there’s no need to worry about the pass only being valid on standby flights. However, it could also mean that you’ll only be able to book flights within a week of when you want to travel. They’re being truthful that your bookings will be confirmed ahead of your travel, just not as far ahead as you might like. Or maybe it’ll be the other end of the spectrum – that you’ll need to book your flights at least 3 months ahead of your required travel dates. Again, that’s not necessarily what’ll happen, just something that I hope they’ll clarify before they put the passes on sale and therefore before people pay potentially large sums of money without knowing exactly what they’re getting into.

Despite my cynicism, this is an intriguing promotion that I hope will turn out to be as straight-shooting as possible. Definitely something to keep an eye on – we’ll post more about this once we have more details about how the pass will work, how much it’ll cost and when it’ll go on sale. The deal has posted on the Frontier site. $599 for a year, beginning May 2nd.

Great deal IMO, especially for those who live in the Frontier hub cities of Orlando, Denver or Las Vegas.

I live in city with direct flights to each of those, plus two more, PHL and ATL.

I have a daughter I can visit in one of those cities, so two trips there, one trip to Vegas and a positioning trip to either PHL or ATL for a European trip and I figure I am at breakeven. I think I can do much than that over a year.

My basic strategy: well in advance of travel, shop frugally as I usually do and book a pair of refundable / creditable one-ways to a city on SW or another airline, either paid or with miles. If Frontier has comparable flights, check the day before my flight to see if they have a free flight for me. If so, cancel that leg of the previous reservation and redeposit the points or cash I paid peviously.

The payoff for even more value would come a the spontaneous trip to, say, Atlanta to see a concert. I’d mitigate the stranding risk by booking a refundable one-way return on another airline.

Yeah, I thought I was winning the game with Frontier but this bridge has officially become one too far. Last year I stepped off a flight and gave up my seat in order to score a $1000 voucher on an oversold flight, score.

Then realized the voucher has to be used all in one booking…dang. Used it for a Nola flight that was obscenely priced for Frontier standards. Then they canceled that flight, I took it back as a voucher and the new vouchers can only be used for “base airfare”. IE, on a flight for 4 of us to Vegas and back which would total $450, we’d get $7.11 off with the voucher. Meaning, my “$1,000” voucher would almost cover the price of picking a seat in one segment for one person.

Dan’s Deals is reporting “You will only get confirmation that you have a seat on the plane the day before your flight.”

This will be a product few people will want unless it’s priced accordingly. Most non frequent flyers/points collectors travel on a whim or at least without knowing when their flights are at a minimum.

300+ days? I am fearful that they will ban Sunday travel and about 10 other days.

I guess we need to understand the details and restrictions more, but I’d love to speculate on price. What’s the most you would be willing to spend for this?

From what you quoted, you can confirm the flights 1 day before departure. Not terrible for going somewhere. Might be a bit problematic on the return.

“Flights available 300+ days a year” sure makes it sound like there will be up to 64 blackout dates.

All Fridays or all Sundays+ 10 major holidays