This morning, Greg wrote a post about whether or not you should cancel your Hilton card ahead of the big changes coming to the credit card lineup (See: Should you cancel your Hilton card before January 18th?). The credit cards aren’t the only big change coming for Hilton Honors — Hilton has announced some changes to the Hilton Honors loyalty program. When programs announce changes, they almost always present poor value. In this case, Hilton has defied the norm and introduced some really positive changes for those who have at least Gold status (and most readers likely do since Hilton has been pretty generous about matching status and Gold Status also comes as a benefit of the Hilton Surpass card, the Citi Hilton Reserve card (being converted to a new Amex card soon), or the many flavors of Amex Platinum card). While Hilton points aren’t increasing in value, I’m pretty excited about these changes.

The following things are changing in 2018

More info on each change

Here’s a little more information on each of the above changes: This is a net positive change that we previously covered, as linked above. You can see how this benefit will apply in the chart above (found on this page of frequently asked questions about the new program). As you can see, some properties are offering a true “Continental Breakfast”, some are offering a full breakfast, and most Waldorf-Astoria hotels are only offering a $15 voucher credit. That probably won’t buy much of a breakfast at most Waldorf-Astoria hotels. That said, something is better than nothing and full breakfast at some of those hotels will surely be pretty nice. This is a net win – especially since it includes resort locations.

One earning style for everyone: points

At first glance, this looks like a devaluation as Blue Members and Silver Members will earn fewer points than before. However, since Hilton Gold status is so easy to get as a benefit included with several credit cards or via status match, most readers likely have at least Gold status. Gold Members will actually earn an extra half a point per dollar on paid stays and Diamond members will earn the same as they have previously with Points & Points. Those hit the hardest will be folks who are trying to earn status from scratch — the new earning structure will further incentivize picking up a credit card for status.

Hilton loyalists will be earning quite a few bonus points this year. Starting at 40 nights, members will earn an additional 10,000 points every 10 nights. At 60 nights, they will earn an additional 30,000 points — for a total bonus of 60,000 points for 60 nights in a year. That’s on top of your normal earnings and any promotions that Hilton runs (such as the current first-quarter promotion, which is offering 10,000 bonus points after ever 5 stays — see Hilton Points Unlimited in the post: SPG, Marriott, Hilton 2018 Q1 promotions open for registrations). While 40-60 nights is a lot of nights, I’m glad to see an incentive for the most loyal customers to keep coming back. The bonus isn’t quite enough for a free night at a top-tier Hilton, but it will get a night or two at most properties within the portfolio (and could add up to enough for an overwater bungalow in the Maldives with the points from the first quarter promotion). On top of the great benefits of the new Hilton Credit Cards coming out next week, this is a nice look for Hilton.

Gift status to a friend On top of point earnings, Hilton Honors members will be able to gift status to a friend after staying enough nights. At 60 nights in 2018, Gold status can be gifted to a friend. At 100 nights, that status can be upgraded to Diamond. That’s certainly not a bad benefit, especially considering the ability to also pool points with up to 10 other people.

This benefit is probably most helpful for someone like my father, who travels only enough times per year to earn Silver status and refuses to get a credit card with an annual fee. Over the course of two years, he may earn Gold status. For example, if he stays 25 nights during 2018, he would earn Silver status (which requires 10 nights) and then roll over 15 nights for 2019 qualification. If he stays another 25 nights in 2019, he will achieve Gold status for 2020 (15 rollover nights + 25 new nights = Gold status). That’s a nice deal for people like him — though it probably doesn’t apply to most readers here.

I’d say that these changes are an easy net positive, both for casual members who get Hilton Gold status through a credit card and will now earn an extra half a point per dollar and for those who are regularly loyal to Hilton and put in the nights to pull out a lot of extra points this year. I considered a mattress run for SPG Platinum this past year (See: Should Nick mattress run for SPG Platinum), but I ultimately held off. Between the new credit card lineup coming late next week and the many great Hilton stays I’ve had over the past couple of years, I might just stick with Hilton. 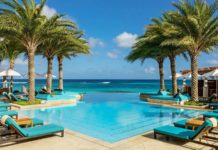 Bottom line for these changes for most folks:
meh..HDishonors
watchout for another set of devaluation..

should be noted that EVERY WA that only offers the $15 breakfast credit is one that is in the States. Cheap mother….

A Hilton sponsored article? Doctor of Credit’s write up was much more accurate.

It depends on your perspective. If you are someone who frequents Hilton, it is definitely much more positive. I don’t know another chain that has threshold bonuses for every 10 nights beyond 40. The earning rate is better as well for highest elites as is the rollover changes. If you are a casual user, yes these changes devalue your benefits. Which honestly should be the point of a loyalty program. The better the customer, the more rewards you want to give them.

Agree with DSP for credit card users not much difference…new feature $15 voucher at WA, that will get a cup of coffee. The main thing is they are tinkering with the program again. I agree ANYTIME a hotel or airline changes their program, the customers wind up losing. Hilton used to be ok when they had set redemption rates based on hotel category, then it became ok to seasonally adjust those rates (upwards), then they did away with categories altogether so there are no ceilings and now seasonal or whimsical rates have no limits. They also allow their properties to blackout rooms or change the “standard room” to a very limited type, to discourage award stays at anytime except extreme low season…first they adjust how you can spend points, then less than 2 years later they are back adjusting how you earn them….Hilton Honors is in a constant downward spiral of devaluation…..blah

From my perspective, that of a credit card diamond, it personally does me no good, but it also does me no harm. To me, that is a win. There have been many predictions that there would be a new level introduced above diamond and that diamond and gold benefits would have to be reduced. This effectively introduces that higher level but with only add ons, no reductions.
Although this does me no good personally, I think it is a very reasonable response to generate and reward loyalty among people who are actually paying to stay in Hilton hotels.
Another note, if you have managed to get 30 nights otherwise, you will be able to now spend a month in a 5000 point level hotel for only 60,000 points, even without promotions. Or, you could go from 0 to diamond and stay for 2 months with only 180,000 net points. At a value of 0.5 cents a point, that makes their rent $450/month and gets them diamond status. With two people alternating stays each night and the current promotion, they could, theoretically (the new program and the current promotion don’t overlap, although it would appear that by time they were done their stay, both would apply to most of their stay), both be diamond after living in a hotel for 120 nights, for 240,000 points. Effectively, based on a estimated value of 0.5 cents per point, that puts their rent at $300 per month and earns them both diamond status. And, for their $10/day, they would have been getting free breakfast for two starting on their 41st night, when they became gold members.
Even at a 10,000 point per night hotel, a single person will be able to go from 0 to diamond while living in a hotel for two months for 420,000 points or, effectively, $1050/month.
And get this one, without any promotions, you could live an entire year in a 5000 point hotel for 1.05 million net points, equivalent to about $420/month (including breakfast for most of the year!)

I have to say, this actually hits myself (and people like me) pretty hard. Many of us (yes, even readers of your blog) are actually the sort of lowly beings that are basic or low-elite (I’m HH Silver…and was excited to achieve it) members who actually achieve their status through spending with the actual brand. The credit cards that the gamers love to write about are out of reach for many, for a variety of reasons, and many of these blogs seem to imply a second-class citizen nature to those of us who don’t have wallets full of miles and points earning cards.

The HH changes are actually a huge devaluation to the lower end. And while its great to say that it’ll ” incentivize picking up a credit card for status”, that isn’t an option for many, so now those of us who aren’t flush in our FICO are going to have to look for a program where the lower end provides value. HH was exceptional in that regard, but I guess we know who they actually value now.

Feel for you – the story of the last two years has largely been programs shifting to reward high-frequency and high-dollar at the expense of those who travel less often – from hotel programs like Hyatt and HIilton, to airlines going revenue-based with huge accelerators for premium classes and haircuts to economy fares.
I’d look at some programs outside the top ones: e.g. Wyndham, Best Western. Less high-end properties, but because of that, probably more likely to support low-frequency guests. I’ve used Best Western as a ‘third’ option many times as, since the points don’t expire, I don’t have to worry about them (except for devaluations).

These are great changes…. I am Canadian resident and unfortunately, there is no Hilton affiliated credit card to get me started with their points and make the moveto Hilton…..I will keep watching

Just status match: they even have a webpage for it.

If Boarding Area blocks websites, literally just type statusmatch and a period in front of the regular web address for Hilton Honors and get on your way.