While that was a positive development, it didn’t help those who had certificates issued in 2020 with that same expiry date because IHG stated that those older certs wouldn’t be extended. The good news is that their stance on that matter doesn’t appear to be a hard and fast rule as some people are reporting that they’ve been able to request either an extension of their expiring cert or some bonus points in exchange for it.

I’d seen a data point a week or two ago where someone got something like 25,000 points in exchange for three certificates issued in 2020 that were expiring at the end of this year. There are now apparently several more cases of people being awarded 25,000 bonus points for expiring certs, with one person even being lucky enough to get a full 40,000 points which is what the certificates top out at when redeeming them.

Other people have been able to get an extension of their certificates; I’m not sure if IHG agents give you a choice between the two options or if you just have to take what you’re given.

Either way, if you have a 2020 IHG free night certificate expiring in a couple of days time, try calling 888-211-9874 and you’ll hopefully have some success too. IHG used to have an online chat function that allowed you to speak to an online agent, but it looks like they nixed that at some point in the past year. IHG offering up to 35,000 point bonus with InterContinental Ambassador renewal or enrollment 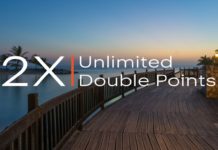 My IHG Anniversary Night expired 12/31 and was already zeroed out in my account. I contacted IHG 2126EST via phone at the number above in this post and asked for extension or points. I was instantly awarded 25,000 IHG points. Call now!

Thanks! 25k is a nice alternative to the cert I couldn’t use this year.

Tried chat and got nothing. I just called and got 25K points for my expiring certificate.

Been stuck on hold for a while now and the text agent never responded to my message. Must be a lot of you calling in too 🙂

Nothing for a limited cert and another unlimited cert that will expire tomorrow. Disappointed in IHG. Covid has been a huge boon to hotels who can raise prices and cut costs left and right. Had a front desk agent complain that her owner is making the most money he’s ever made with no pay raises or other perks.

So it seems the only hotel chain not offering anything is Radisson. I have a free night expiring in 2 days. Any suggestions?

For me the extension was a hard no, but they offered the 25k points on their own.

So far no luck for me at all. What number did you call? Thanks

The customer service number online I think.
I had to whine a bit before the offer was forthcoming. Covid blah blah blah.

I just chatted with someone yesterday! And got the 25k thru chat

Which Chat did you use? Thanks!

Thank you for this number. I was finally able to get the 25k points for the 12/31/21 expiring cert after being told no twice. Third time worked. HUCA

Just texted an agent and no luck 🙁 then I saw your post, will try to call and see if that changes.

I chatted first too with no luck, but got 25k after calling in.