As first reported by Gary Leff at View from the Wing, Citi Thank You points has added a brand new transfer partner: Turkish Miles & Smiles. Thank You points transfer to Turkish at a 1:1 ratio in increments of a thousand, and we have added this information to our Citi Tansfer Partners page.

Update: Turkish does have the award chart online (Thanks to Shabbir for pointing this out). The challenge is that the website tries to open in a newer version (at least on my end) that doesn’t show an easy link to the chart as far as I can tell. This is a direct link to the chart. However, if that link doesn’t bring you to a chart, click where it says “revert to old version”: Then you should be able to mouse over “Miles & Smiles” and click “awards”.

And that will bring you to a page where you can choose the chart you want to view: Some highlights from the Star Alliance partner award chart include:

Gary Leff also points out that there are companion tickets available for fewer miles to combine with a paid ticket.

Are there fuel surcharges and how much are they?

Word is that the fuel surcharges should match those added to a paid ticket  — meaning that you will pay them on airlines that add them. Some airlines have notoriously low fuel surcharges and some may add none at all depending on the route. If you want to know the fuel surcharges on a ticket, search your itinerary at ITA Matrix. In the detailed fare breakdown, see the section marked “YQ”. It can vary quite a bit between carriers. For example, here is a random date next month for New York to Tokyo in business class. I haven’t checked Turkish’s routing rules, so I’m not sure you’d even be able to book this, but Swiss Airlines would charge $390 in fuel surcharges: On the other hand, ANA charges $44 on a business class ticket from New York to Tokyo: I neither confirmed that those routes are both valid (though the ANA flight obviously must be) nor did i confirm those amounts match what Turkish charges, but they should theoretically be what you could expect to pay in fuel surcharges.

Can you book an award online?

This is the unfortunate part: according to View from the Wing, you can only ticket an award via a ticket office. This means that you will first have to call Turkish to put a ticket on hold and then visit a ticket office to have the ticket issued. Alternatively, he reports that you can usually get a ticket office to issue a ticket over the phone without appearing in person, but they may require you to pay the taxes & fees via bank wire rather than credit card. In short, it’s not for the faint of heart — but it sounds as though it is not impossibly difficult.

I have no direct experience with Turkish Airlines award tickets, but I am very happy to see Citi expanding partnerships with the Thank You program. While most US flyers are probably familiar with programs like United MileagePlus and American AAdvantage, many readers are probably aware that there can be much stronger value to be found in foreign programs — you can often get a better deal on the same award tickets accessible with those more familiar currencies by simply transferring to a foreign airline program. In this case, it won’t be as simple as booking a partner award on United.com, but it’s great to see a potentially useful Star Alliance award partner added to Citi Thank You points.

Have you ever booked an award ticket with Turkish? We’d love to hear from you — how was your experience? (EXPIRED) Citi Premier Welcome Offer Back Up To 80,000 ThankYou Points 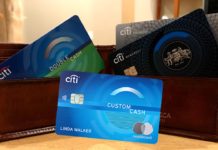 […] from One Mile At A Time and Upgraded Points for more details on those opportunities, as well as Nick’s post about Miles & Smiles from about 18 months ago which explains how to find their award chart (apparently it was pretty […]

Are you automating rewards to the best of your potential? Plus, using Turkish miles and more - Frequent Miler

[…] Suite Upgrades. Many readers have asked questions about redeeming miles with Turkish Airlines now that they are a Citi transfer partner — if you’re one of them, read on for all this and more in the Frequent Miler week in […]

Always great content, thank you. Do you have any information on the mileage cost for upgrading a revenue ticket? The “Upgrade Table” link on the provided page brings you to an information page with no details about the miles necessary to upgrade. There is a link on that page that says “Thy Upgrade Table” (not a type, that’s what it says) but that is a bad link. I want to purchase a ticket and then use miles to upgrade but I can’t find details about how many miles are required anywhere.

[…] Transfer TYP to Turkish Airlines:  Now you can transfer your Thank You Points to Turkish Airlines.  Turkish Airlines Smiles & Miles program has some very good redemptions, however they could be difficult to book.  If you’re up for the challenge, you could book some nice premium cabin awards for very little miles. […]

do they have better availability to their own members (like SQ)?
can you cover the award rules? Gary says you cannot mix airlines on Star alliance member. How about stopovers on one way? Would like to know more about the program. Also your link doesn’t work….

Which link doesn’t work for you? They are all working on my side.

You have good questions — unfortunately, I just don’t have the experience with TK to know. From reading the text at the bottom of the award chart, I don’t think a one-way award is even possible. It says:

“Award ticket miles value will be evaluate as round trip.”

Rough translation aside, I don’t see any mention of one-ways on their chart.

the direct link you have goes to the main page and then go to the old website and click the charts. Then it shows “not found”

As far as I understand, one way is a half of the required miles but I am not sure if it applies to all awards or only to TK awards

You can book awards on TK metal on their website at least.

With the recent cutbacks on TK Business Class this does not interest me.

They do have an award chart actually.

Thanks — I hadn’t realized. I have updated the post with instructions for getting to it as it didn’t seem immediately intuitive.