Radisson Rewards sent out an email to members yesterday to advise them of a seemingly bizarre change in their loyalty program.

As of June 2021, the program will be split into two depending on location. There’ll be Radisson Hotels Americas which will be for stays in the US, Canada, Latin America and the Caribbean, with Radisson Hotels covering all their properties in the rest of the world. What will change is the process for booking stays. For stays booked in the US, Canada, Latin America and the Caribbean, you’ll have to make your reservation on RadissonHotelsAmericas.com or in the Radisson Hotels Americas app which is already available in the App Store and Play Store. If you’ll be staying at Radisson properties in the rest of the world, you’ll have to book that at RadissonHotels.com or in the completely separate Radisson Hotels app.

If you want to earn and/or redeem points for the program in the region where you don’t live, you’ll have to sign up separately for that program in June. Points can be transferred between your two accounts on a 1:1 basis with no fee. It’s not addressed in their FAQs, but it’ll hopefully remain possible to also transfer points for free between different members, rather than only different accounts for the same member. Radisson Rewards allows free transfers between members right now, so I wouldn’t expect them to remove the ability to do that in the future.

Although your status level will be carried over to whichever new version of Radisson Rewards you get placed in, if you open an additional account for the other region you’ll have to contact Radisson to have them match your status from your existing account. That’s a somewhat minor hassle, but a hassle nonetheless.

You’d be excused for wondering why Radisson is going all Gwyneth Paltrow and Chris Martin on us by conscious uncoupling, but there does seem to be a reason behind it. Lucky at One Mile At A Time notes the following:

The US government is requiring that the Chinese government no longer have access to this type of data for US consumers, which is presumably why the programs are actually being split off.

While that makes sense, it does make the future process of booking stays more confusing and complicated which isn’t what a loyalty program should be looking to do. It also makes me glad that we burned most of our Radisson points on our current stay so that I don’t have to fuss with these changes much in the future.

It’s not clear how elite night credits will work across programs. If you have Gold status as a result of being a Radisson Rewards credit cardholder then this might not be of concern to you, but if you earn status through stays then this could have a negative impact. Elite night credits will presumably be awarded to either your Radisson Hotels Americas or your Radisson Hotels account depending on where the property you stay in is located, but I’d assume the elite night credits won’t be applied to both accounts. If you book stays in both regions, that’ll make it harder to earn elite status through stays even if you’re staying enough nights overall across both programs. Hopefully Radisson does something to address that potential issue, although as with having your status matched to the other program, it’d likely involve at least one phone call to them to get that honored.

Something else to be aware of is that there’s a chance that these changes will affect your earning and redemption options with Radisson Rewards in the future. In the FAQs section, nearly all the questions have a clear ‘Yes’ or ‘No’ answer, but when asked ‘Will my earning and redemption options change when the Radisson Rewards Americas program launches?’, the answer is as follows:

You will continue to have a large selection of earning and redemption options including Award Nights, retail gift cards, pre-paid cards, car rentals, airline miles and more!

That’s far more vague and sounds to me like some kind of changes will be coming, but hopefully it won’t come in the form of a devaluation in terms of how many points are required for award nights. Which hotel loyalty program is most rewarding on paid stays? 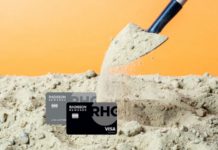 I was able to apply e-certs on reservation after waiting few days. But saw that they are charging taxes on them, not sure if its a mistake or new change…

I tried the app and website it doesn’t work. How did you apply the e-cert? The website will not allow the entry of the e-cert using chrome. The new app forgets I selected the e-cert.

This change has once again caused the E-certs to stop working. There used to be a work around where you find the room and then add the E-cert and finally log in to book but now that doesn’t work. I called Radisson and they they still will not book them for us and they created a ticket for IT. Strange system they have. I don’t want to spend hours trying to book a hotel room. Time to cancel that card!