Yesterday I published “30X Amtrak at 1800Flowers. Here’s why that’s a great deal…”  In that post I showed how to get a fantastic point rebate from 1800Flowers, with the caveat that you have get free shipping for the math to work.  And one of the suggestions I had for getting free shipping was to sign up for Celebrations Passport, then cancel within 30 days.  I originally wrote:

Celebrations Passport costs $29.99 per year, but if you cancel within a month, you’ll get your money back.  So, you can sign up as a free trial, but make sure to put a reminder on your calendar to cancel later.

Well, a reader pointed out that I was probably wrong about that.  Technically, the membership fee is refundable only if the benefits have not been used.  As a result, I added the following update to yesterday’s post:

It’s certainly possible that 1800Flowers will refund the enrollment fee even if you used the service, but according to their terms, they do not have to.

Apologies to anyone who acted on the plan as originally published.  I realized that updating the original post wasn’t enough to let most readers know about this error.  Hopefully this published retraction will make its way to anyone who was thinking of following the original advice in yesterday’s post.  And for those stuck with paying for the service, hopefully you’ll get some value from your new Sports Illustrated subscription… 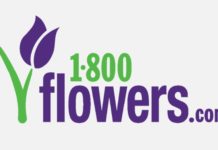