Earlier this week I conducted new analyses and published new Reasonable Redemption Values for AA, Delta, and United miles.  The terribly poor results, particularly for AA and United, forced a bit of a crisis in my mind regarding how we at Frequent Miler value points.  Is it time for a change? At Frequent Miler, our paradigm for valuing points and miles has long been referred to as “Reasonable Redemption Values” AKA “RRVs.”   The idea started with this concept: it’s impossible to give points and miles a fixed “value” in advance because the value you get depends entirely upon how you use your points.  For example, you can redeem American Airlines miles for about one cent per point value towards domestic flights, or you can (sometimes) redeem those same miles for over three cents per point value towards international business class.  On the other hand, we pride ourselves in providing unbiased information to our readers and a key part of that is to display credit card offers sorted by estimated first year value.  When an offer includes bonus points or miles, we need to assign a fixed number to the value of those points so that we can show people the value they are likely to get.  So, we developed Reasonable Redemption Values: values with which you can easily get that much value, or more, even if you don’t try hard to cherry-pick the best value rewards.

Since developing our Reasonable Redemption Values, we expanded our use of these values to show how much value you’ll get from credit card spend.  Some posts rely entirely on this idea.  Two popular examples are: Best value for everyday spend, and Best category bonuses: Which card to use where?.  By expanding our use of RRVs in this way, we were using them in a way that was not originally intended.  By showing a credit card’s earnings for spend in terms of RRVs, we were implicitly saying that our RRVs indicated the cash-equivalent value of points.  That was a problem because RRVs were never meant to be cash-equivalent values.  RRVs (as originally conceived) should be higher than cash equivalent values.  Once we recognized this issue, we put a Band-Aid on the problem by selectively lowering certain RRVs to the point that they became reasonable to use as cash-equivalents.  See this post for a full explanation: A big change to Frequent Miler’s point values.

Our RRVs have been long out-of-date, especially for airline miles.  The original simplifying idea behind our airline RRVs was this:

After developing that methodology, airline miles changed.  First Delta abandoned award charts and then, later, United did the same.  And even though AA still has award charts, they also have Web Special Awards that are priced however AA wants to price them.  In other words, with few exceptions, the idea of the 25K round-trip domestic award is long gone.

In keeping with the idea that most people in the U.S. redeem their miles for domestic awards, I developed a process to estimate the value of miles when used that way.  Full details can be found in any of these posts where I explained our new RRVs: AA, Delta, or United.  The short answer is that I picked a future date and ran cash and award searches for one-way flights to connect all of the popular airports (or metro areas) in this graphic: The results were surprising:

It’s crazy to see Delta showing better stats than AA when we know that Delta charges far more for international business class awards.  For example, AA charges as few as 115K miles for round-trip business class to Europe, United charges as few as 120K miles, and Delta charges a whopping 210K miles.  But this analysis looked only at domestic economy flights and so that type of comparison is missed.

I’m confident that AA performed badly partly because cash prices are currently lower than usual.  AA’s award prices are much less tied to the cash price than are Delta and United’s.  As a result, I believe that AA’s domestic cents per mile value will increase when cash prices increase.  In fact, I bet that simply by picking a different date or origin and destination combo, it would be easy to find better AA values right now.  My intent is to update the above numbers regularly and so I expect that we’ll see AA do better in future analyses.

These new numbers have created a bit of a crisis in my mind regarding the point values we publish.  I believe that the new numbers are as good as any (and better than most) for explaining the value you’ll likely get when redeeming miles for domestic economy flights.  I’m having a hard time accepting, though, that these numbers represent the cash equivalent value of these points.  With AA, especially, miles are worth so much more for international business class flights that a cash equivalent value of 1.0 just seems wrong.  The values do accurately represent a “reasonable redemption value” in the original sense we meant it (it is reasonable to expect to get that much value or more), but as I pointed out earlier in this post, we no longer use RRVs in that way alone.

To err is human (and required)

How much are airline miles worth?  There is absolutely no single right answer.  Any number we publish will be wrong.  In actual use, you will get better or worse value.  And whatever value you get will be different than the value your neighbor gets.

I’ve always preferred to err on the low side.  People use the information in this blog to decide which credit card to get, which card to put spend on, which portals to use, and whether or not it’s worth buying miles when they are on sale.  I’ve always hated the idea that people will make financial decisions like these based on overenthusiastic point valuations.  Yes, you can average 2 cents per mile value, but will you?  For many advanced readers, the answer is probably yes (at least for some types of miles).  But I believe that the majority of readers, especially those who need our advice about which cards to get and use, are fairly novice when it comes to award booking.  Most readers probably use the majority of their miles towards low value domestic flights with only an occasional high value win now and then.

Erroring too low is a problem too.  As things stand right now, I believe that the AA and United RRVs are too low.  Readers without more information will gather from our blog that it is better to earn Delta miles than AA or United miles.  But that’s only true if their goal is to fly Delta domestic economy (and even then, they’d probably be better off with cash back cards, but that’s another story).  If the goal is a dream international business or first class trip, they’d be much better off with AA or United (and even better off with transferable points, but again that’s another story).

Is it time for a new approach?

I’m imagining taking a subset of the original domestic U.S. airports and calculating CPM (cents per mile) for international business class from each of those cities to a set of international cities:

Using the data from such a project, it should then be possible to publish three point values for each mileage program:

The Blended RRV would be the cash-equivalent valuation.  This would be the number to use when making decisions about acquiring new points through credit card spend, buying points, choosing a shopping portal, etc.  The domestic economy RRV would be mainly there to inform those who intend to use their miles this way.  If you’ll be booking domestic economy awards, your goal should be to get better value than the domestic economy RRV.  And the international business RRV can be thought of as a target for cherry-picking awards.  For example, if you’re trying to figure out if an award is a good deal, you could compare the point value for that redemption against the international business RRV.  If your award is as good or better, then it’s a great deal.

In my opinion, the current approach of valuing airline miles based on median domestic economy awards is no longer a good solution.  While it continues to avoid overvaluing miles, it has gone too far towards undervaluing them.  In this post I proposed a solution: we could estimate both domestic economy mile values and international business class values.  We would present both on the blog and create a composite score for situations where a single number is needed (such as in our credit card displays).

Once we’ve figured out how to do this “right” for AA, Delta, and United, we’ll expand the approach to cover miles in other programs (Air Canada, Air France, ANA, British Airways, Virgin Atlantic, etc.).

I’d like to hear from you about the above proposed changes.  Is the idea good or bad?  Do you have a better idea for how to tackle this?  Please keep in mind that I’m not looking for a perfect solution: I don’t believe that such a thing exists.  And I’m not looking for a solution that will take a lot of investment.  I want a fairly simple solution that is better than what we have right now. The slippery slope of buying points (On Nick’s mind) 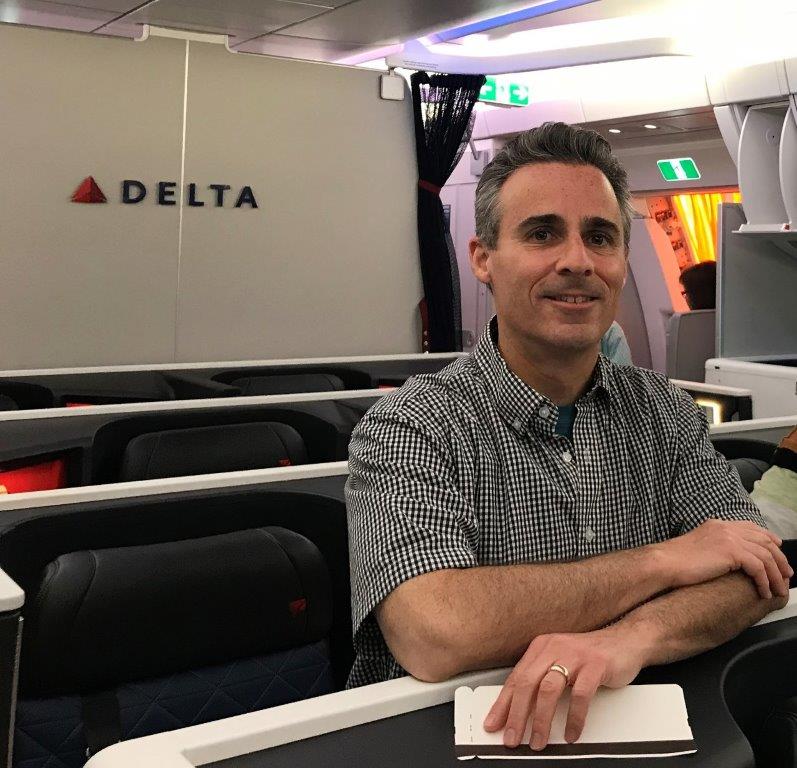 Exciting enhancements for Delta’s top tier elites (On my mind)