Back in October, American Express announced that consumer Gold cardholders would receive a $10 Uber credit each month, similar to how the $15 Uber benefit works on the consumer Platinum cards (albeit without a doubled credit in December). I received a notification this evening that $10 Uber Cash had been added to my account. Somewhat interestingly, the notification came from Uber Eats rather than Uber even though I have notifications turned on for both.

The notification advised that the award expires on March 1, indicating that this is February’s credit rather than them belatedly adding $10 for January, with another $10 due tomorrow for February.

I’d added both my Gold card and my wife’s to my Uber account in the hope that I’d received $20 in Uber Cash each month. Sadly I only received one credit rather than two. My initial thought was that the cardholder name and Uber account name had to match and that’s why I didn’t receive my wife’s credit, even though I wasn’t convinced that would’ve been the cause. Greg subsequently advised that his friend received two credits on their account – one for him and one for his wife – so that meant my theory was incorrect.

It turns out I was just being impatient. Just over an hour after the first credit was added to my Uber account, the second $10 showed up. If you’ve been reading this post and were concerned that your account doesn’t have any $10 Uber Cash credits loaded to it yet, I wouldn’t worry as it seems like they’re slowly rolling it out rather than bulk-adding the $10 to every single account at the exact same time. Provided your Amex Gold card has been added to your Uber account, you should be good. If it still hasn’t shown up in the next few days, try deleting the card and adding it again. 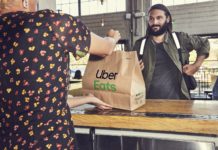 Authorized user cards won’t work, but they could add your primary card number to their account and that will work. It’ll only work on one account.

Thanks, just added a Gold card to my account and immediately got the $10 credit.

So are you saying that if I have 2 separate platinum cards and a gold card and I add them all to 1 Uber account, I’d get $40 each month?

I was concerned since I’ve had my Platinum card as default Uber payment since the $200 annual credit was added as a benefit. I simply added my Gold card as another payment option, leaving the Platinum card as default. I got the E-mail that $10 was added and when I checked this morning the $15 from my Platinum card was also added so all is good. Stephen Amex has said the credit would start in February so not sure why you added a comment about a potential January bonus $10.

Also FYI to all, and maybe Uber has fixed this, but I previously only had my Amex Platinum card set as default and on a couple of occasions my account was locked when the amount charged was greater than the credit. It usually was when the ride amount (happened w Uber, not eats) was say $13 and I had a $15 Amex credit then added a $3 tip. For some reason that locked the account and if you have dealt with Uber customer service (and I use that term loosely) it was a hassle. What I did was set up autopayment against my Amex for $25 if the account got under $10 and if I’m ordering Uber eats for more than the amount I have in my Uber cash I go ahead and manually add more money. Bottom line is that I make sure my Uber cash account is never exhausted. Some of you may try to spend exactly $10 but I use Uber Eats regularly, as well as Uber on the rare occasion I travel now and don’t drive, so no big deal for me to have some cash in that account. It sure beats dealing with getting the account locked where you can’t use it (which definitely happened to me)

I don’t think Amex ever confirmed that it was starting February 1 – all they said was that it was starting in early 2021. Doctor of Credit added a note to their post about it possibly starting on February 1, but that was based on a Reddit data point. There was therefore, in theory, the possibility that it could start in January; my note was added because these $10 credits were added in January, so it would be understandable for people to wonder if this first $10 was a January credit rather than a February one.