Avianca LifeMiles is offering a 200% bonus on the purchase of miles, which means you’ll get 3,000 miles for $33 — a price of just 1.1c per mile. LifeMiles is a somewhat quirky program and I wouldn’t generally recommend buying miles speculatively (especially in the current environment), but I think this is the cheapest I’ve ever seen LifeMiles and given that the minimum purchase is 1,000 miles, it certainly might appeal to some readers at this rate. Note that the email terms indicated that this may be targeted, so you’ll want to log in and check to be sure that you see the bonus reflected before entering your payment information as it is possible that you may not have the same offer.

Generally speaking, Avianca LifeMiles can be a great program for booking Star Alliance awards given that they do not charge fuel surcharges (though the new Air Canada gives it a run for its money in some instances now).

Further, LifeMiles can be terrific for domestic US awards. While not quite as amazing as the Turkish Miles & Smiles sweet spot, it is in many cases a lot easier to book LifeMiles awards comparatively and in some cases the values are close. For example, LifeMiles splits the United States into 3 zones (Zone 1 is roughly the East Coast states down to South Carolina, Zone 2 covers a huge stretch of the United States from North Dakota to Florida, and Zone 3 covers the western states) and flights within a single zone are generally 7,500 miles each way on United in economy class or 10K in business class (note that some specific routes inexplicably price even lower). Flying between Zone 1 and Zone 2 costs 10K in economy class or 15K in business class. Buying miles at a price of 1.1c each could make for some fantastic values at those rates.

And that ignores many other LifeMiles sweet spots, most importantly the great value you can get from mixed-cabin awards and the “secret” LifeMiles award chart. I’ve tried to crack the code on the “secret” chart to no avail. On the other hand, LifeMiles does not always have access to the same Star Alliance availability you see on other sites, so it may not suit your needs (though in at least some cases you can make a manual booking).

Of course, some people have ongoing concern about the solvency of Avianca. I am not particularly concerned about either Avianca or the LifeMiles program collapsing in the near-term, but neither would I probably buy 600,000 miles in this promotion given that I just don’t know when I’ll be traveling in a way such as to use that many miles. YMMV quite literally.

Keep in mind that the terms note that you can buy up to a max of 200K pre-bonus and 600K post-bonus including any miles that you may have already purchased in promotions this year — so you may need to figure out how many you’ve previously purchased.

Also kind of odd is that when I brought up the site to verify the discount, it shows that some of the bonus miles will be credited immediately and others “in a few hours”. LOL. Still, enough miles for a round trip within a zone or for  one-way business class award covering 2/3 of the map of the US for $165 could be a stellar deal under normal circumstances, particularly for those of us who fly to or from small-market airports where prices are often higher (though given today’s prices this is less likely to be a stellar deal).

I probably won’t be buying any miles in this sale, but that’s not to say that I don’t think it is an excellent value. Indeed, in my case, I typically use LifeMiles a few times per year. I am at least somewhat tempted to buy here as a means of pre-paying to hold onto my Membership Rewards or ThankYou points (since I presumably wouldn’t need to transfer them). If the Pfizer vaccine in yesterday’s news pans out, we may see things begin to rebound next year and I could imagine this having been a nice opportunity. Furthermore, given cheap cash prices like this, cards like the Bank of America Premium Rewards card with Platinum Honors look very strong: a return of 2.625% on that card (with Platinum Honors) is like earning 2.39 Avianca LifeMiles per dollar spent if one puts the cash back earned there toward a sale like this. This is also why I say not to ignore the bank account bonuses as those can easily be turned into a nice pile of miles when deals like this come around.

While Avianca does put LifeMiles on sale pretty regularly, I think this is the best price I’ve ever seen. Furthermore, you often need to buy a large sum of miles to get the best price. That isn’t the case here, so this could be a terrific way to top off your miles. Since Avianca processes the purchase of miles directly, use a credit card that earns a bonus on airline purchases to maximize your return. LifeMiles Award Sale: Save Up To 40% On Flights To/From Japan; Save More With Amex Transfer Bonus 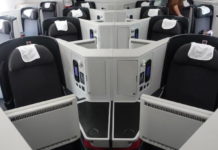 LifeMiles Bonus: Get 125% Bonus When Transferring Miles To Someone Else's Account (Buy For 1.2cpp)

This is targeted. My wife’s account has the bonus, mine doesn’t.
I know a boomerang which is still alive so I might be in (with her account).

@ Nick — This is not an excellent value, given there continues to be a significant chance that Avianca will fail. No one should go anywhere near this “deal”.

Like I said, I doubt that will happen. It obviously could happen. Given that they’ve already received a very large bailout, I doubt they will be going anywhere any time soon.