Last week, Nick wrote about using the Curve card to keep his marriage happy and healthy.  Curve looks to the world like a credit card, but behind the scenes each transaction is sent to another credit card of your choosing.  By signing up for the card, Nick’s wife can use the Curve card for all of her credit card spend, and Nick can decide which card each charge really goes to.  Before his wife uses Curve, Nick can set the default credit card to use.  He can also set up automated rules so that Curve knows which card to charge for things like groceries or gas; or for very small purchases; or for very large purchases.  He can also switch a purchase after the fact: If he realizes that a purchase went to the wrong card, Curve provides a “Go Back in Time” mechanism to let cardholders change which underlying card is charged. In my case, I’d love for my wife to have Curve, but I’m also eager to get it myself.  And, I’m trying!  Like Nick, I was one of the lucky 100 to get an early invite, but unlike Nick, I haven’t yet had success in accepting that invite.  I’ve had the UK version of Curve in the past and that has apparently messed up the system.  I’ve sent messages to Curve support and hopefully they’ll figure something out.  It’s a little dicey though because most support messages come through the app, and at the time of this writing I can’t navigate the app at all.  It’s stuck on the identify verification screen (or, more accurately, the screen saying that something went wrong) and I can’t get past that even with reinstalling the app or with installing it on another phone.  So, if they insist on replying to my issues via the app, I don’t think I’ll ever have access to those replies!

Curve currently has significant limitations.  It doesn’t support Amex cards and probably never will.  And it doesn’t currently support Visa credit cards.  The Visa card issue is supposed to be temporary, but I’m not so sure.  I know that banks and payment networks don’t like things like Curve that hide the true source of payment.  Maybe the issues Curve has with Visa are purely technical, but it won’t surprise me at all if Visa bans Curve altogether just as Amex has.

Despite Curve being limited to Mastercard, Discover, and Diner’s Club, I still want it.  I believe I could put together a very nice “Curve Wallet” even with those limitations.  In the next section, I’ll show how I plan to use Curve if I ever get it working, and I think you’ll see why I’m excited about Curve despite its limitations…

If I can get Curve working, here are the cards that I hope to use:

In my recent post “What’s in Greg’s wallet? [2022 Edition]” I listed the following cards in my physical wallet:

With Curve in place as described earlier, I could easily put away the Prestige card and the Amex Gold card.  I’ll still earn 5x at restaurants with the Prestige card when I use Curve and I’ll earn 5x at grocery stores (instead of the Gold card’s 4x) thanks to my Custom Cash card.  For gas station purchases I might still carry the Wyndham Earner Business card to earn 8x, but I might instead use Curve tied to a second Custom Cash card to earn 5x ThankYou points.

Until Curve supports Visa cards, I’ll still have several cards in my wallet.  Curve will lighten my wallet a little, but not a lot.  That said, without adding to my wallet’s heft, Curve will give me access to my three Freedom cards, and my Discover It card all the time.  Even better: it will let me set up rules to automatically use those cards when and where they offer 5x rewards.  And if the rules somehow don’t capture the occasion, I can always “Go Back in Time” to fix it. 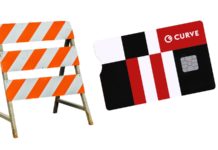 Is the Curve card ready for prime time? (hint: not yet) 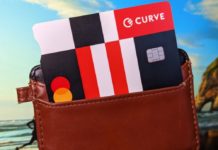 Curve Credit: Visa Debit is already live, but is credit soon to follow?

After a lot of failed attempts, I was finally able to get my application for the US Curve card through (my wife has an EU version and my email and phone number was attached to it so I think that caused problems when I was trying to sign up). Interestingly, during the application process it said they’d first, do a soft pull and then, once I agreed to some conditions, they’d do a hard pull. I was willing to take the hit for the 10% cashback bonus. But in the end they never hard pulled. Well, now that I have the account I cannot even load a MasterCard CC. Only Debit cards load up. Seems us first 100 will continue running into roadblocks.

I believe HFP had reported months back about one of the issuers in the UK shutting down the cards of people who used Curve (I believe the UK IHG issuer?) — does that give you any hesitation? I think I’d be afraid to connect any cards from issuers I care about or that might be trigger happy (i.e. perhaps any Chase or Amex card) until the product is more established in the US.

Richard
Reply to  A Z

But imagine if we can connect MC debit GC’s? “CurveBird” will soar!

I have no issues with Visa cards using my Curve UK card/app. Their support, well that’s a different story. They will not be successful in the USA if they continue their standard of service.

Kudos for figuring out how to make this new card useful despite the significant limitations. Unfortunately, I have few if any cards that would benefit — no Discover, no Flex, and no Citi cards at all.

Could this card be a game changer for draining the $200 Mastercard from office supply stores? Can I pay a large expense with one swipe and reassign each $200 to one of the prepaid cards?

That would be awesome. I haven’t seen any indication that they plan a feature like that so I definitely don’t expect it.

Is a new, albeit somewhat clumsy, bird about to fly? Will we call it “CurveBird”?

It’s strange Curve promotes that they accept Visa and debit. If they will actually accept Visa and even VGC… I hear heavenly voices. Dream, dream drea-ea-um. A certain song comes to mind and salivation.

I like Curve, but I hate losing my dispute protection with the actual card. I much prefer to deal with Citi or Chase than with Curve for a chargeback type issue. Also, you can’t use it to check in at hotels (well, you can but it creates chaos with authorizations and holds) – best to just use to settle at check out, if you need to. So many issues to keep in mind. (As one who has been using a for over 3 years)

Ooh, I hadn’t thought about chargebacks.

Yes. This is a big one for me. (Things like your “travel insurance” on your Chase Sapphire Preferred etc.) You no longer have access to that, since it is Curve, so you now have the travel insurance from Curve. Hotel authorizations are also very problematic. I am happy to discuss and give an overview of things that have concerned me (issues I ran into) — to help qualify some potential “travel heavy” charge issues.

VFTW is reporting that there’s a warning from Curve that the go back in time feature will not carry over the merchant code. That makes this feature completely useless and Curve itself far less valuable. Has this been your experience in practice?

That was never an issue for me using Curve in Europe, and I believe one of Greg’s posts this weekend noted that the MCC did carry over.

But Greg has not tested it yet……Gary’s post was pretty convincing, but only testing will tell the story.

In my experience with the EU card (which also states MCC may not carry over), it almost always carries over. In fact, sometimes I’ve found it does a better job of assigning MCC, for example when I use a Visa card through it (the EU version is MasterCard). But yeah, we’ll only know after some testing. It will prob be fine.