When the Shop Small Amex Offer launched a couple of weeks ago, data points started appearing that purchases from some unexpected websites and apps were triggering the statement credits.

We’ve already shared that gift card purchases in the Fluz app have triggered the statement credits, but there had also been data points that buying gift cards from eGifter and Gyft with a card with the Amex Offer loaded to it was also working.

Some people had understandably been concerned that buying gift cards to use this Amex Offer would result in clawbacks, but those fears can hopefully be allayed now that eGifter has officially announced that they’re an eligible retailer. If you’ve bought (or tried to buy) from eGifter in the past, you’ll likely have received an email this afternoon about this. If not, eGifter has set up a landing page here confirming that they’re an eligible retailer.

That’s somewhat similar to Fluz offering cashback on purchases, although I much prefer Fluz if for no other reason than eGifter has canceled every single order that I’ve tried to place with them. They therefore seem incredibly sensitive to new buyers, whereas Fluz is much more welcoming of new users and provides the opportunity to verify your identity to increase your purchase limits per credit card used. Gift cards bought in the Fluz app are also available immediately and can be purchased for random amounts, whereas you have to wait for eGifter orders and you can only buy certain whole-dollar gift card amounts from them. 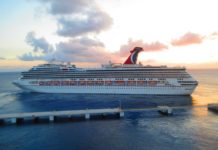 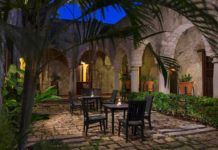 Where are the gyft DPs?

I’ve seen them reported elsewhere, although I haven’t actually tested it out myself.

A multi-million dollar non-profit loosely tied to a Fortune 500 company qualified as a “Small Business” for me, so seems the coding from Amex is pretty loose on this one. I think Egifter is legit eligible.

Based on what I understand, since you are on the road an the time egifter will never approve your orders unless you are at/near your official billing address (vpns won’t help you). If you have remote access to a device near your billing address then you could be successful. I have to rely on remote access a lot for egifter and it’s never failed me, but I always failed when I was traveling and tried to make an order

That’s good to know – thanks. We have a couple of different billing addresses depending on card issuer and we’ll be near both locations in the next few months, so I’ll give them another try then.

Good news. But be aware the official terms for the offer aren’t so nice “ The following do NOT count as a qualifying purchase: fees or interest charges, balance transfers, cash advances, purchases of traveler’s checks, purchases or reloading of prepaid Cards, purchases of any cash equivalents or purchases made in foreign currencies.”

Who knows what Amex decides in this case. Given they took back $10 from Dell credits, I don’t trust RAT at all. The retailer and Amex aren’t necessarily on the same page. They may say we qualify as a “small business” but Amex might say prepaid cards or cash equivalents don’t count for this offer. I might try for some gift cards at the end of the promo but I’m going to try to get some other businesses first.

sorry, this is a newbie question, but what is RAT? And what’s so scary about RAT?

No need to apologize 🙂 RAT stands for Rewards Abuse Team which is a team that American Express has set up to try to prevent/penalize what they see as gaming of signup bonuses, Amex Offers, bonus points, etc.