Note that the COVID-19 pandemic has made travel inadvisable and in many cases impossible in the near-term. We encourage all readers to follow the advice and guidance of both their doctor and local health officials in determining if or when to travel. We will continue to report deals and advise readers to monitor developments in the time leading up to travel and to research and assess the situation as travel nears.

EVA Infinity MileageLands is both a Citi ThankYou transfer partner and Capital One transfer partner that doesn’t get much attention. While EVA Air’s business class is widely regarded among the top business class options in the sky, the airline’s own loyalty program is one that doesn’t get much attention. Truthfully, that’s because its award chart does not offer the standout values across the board that ANA’s does, nor does it offer headline sweet spots like Turkish Miles & Smiles. One thing for which EVA is known is releasing more award space to its own members, which could be useful for those looking to travel with multiple passengers. However, for those with some flexibility, the key sweet spot to be found is in building trips with stopovers.

EVA publishes an award chart that literally took me more than 20 minutes of navigating their website to find. I’ll save you some clicks – if you really want to download it in Microsoft Word format (who publishes an award chart in Word?? EVA does.), you can go to this page and scroll to the bottom where it says, “Please click here to download the table of Redeeming Star Alliance Award Tickets Requirements”.

Thankfully, Travel is Free does a much better job of putting together an EVA Infinity MileageLands award chart here. Here are the one-way Star Alliance rates from North America in economy / business / first class:

Most of those prices are unremarkable. Note that EVA charges fewer miles for flights on their own metal (for instance, North America to Asia on EVA-operated flights costs 75K or 80K each way depending on where you’re originating in the US).

In the post about the best ways to get to South America, I highlighted why EVA was notable: the ability to have 2 stopovers and an open jaw on a round trip ticket. Indeed, that is the true sweet spot for EVA, and it pops up in two key regions: South America and North Asia.

As Travel is Free lays out in the award chart post, EVA’s key strength is in its routing rules. If your primary use of miles is for a simple point-to-point trip where you visit a single destination for a few days or a week and come home, you can probably stop reading here. As already noted, EVA’s award pricing isn’t stellar for that type of trip. Where it can potentially shine is in its rules for stopovers and open jaws:

To break that down and digest it a bit more easily, my understanding of the above rules is that on a round trip ticket:

That can make the chart more interesting in some scenarios.

As an example, let’s say that you intend to travel from Washington, DC to South America. At 105K round trip, EVA offers competitive Star Alliance pricing. When you add a stopover in each direction and an open jaw, you could put together a trip like this:

Here’s what that trip could be:

That puts you in 4 Latin American Cities (Panama City, Mendoza, Santiago, and Bogota) in business class for 105K miles and a $25 bus ticket. It’s not quite on the level of ANA’s round-the-world amazing, but that’s pretty solid. Note that if you’d rather fly that in economy class since you’re not getting lie-flat seats on most South American routes anyway, it’s hard to argue with taking that trip for 68K miles round trip.

Keep in mind that you’ve got Avianca, Copa, and United to choose from in terms of Star Alliance carriers serving the region.

The other key hot spot for stopover and open jaw journeys is entirely within either South America or Asia. I’ll dig into an example within Asia, but note that the same Star Alliance pricing applies to South America, so use your own imagination to apply the same concept to a journey there.

As Drew shows in the Travel is Free post, EVA charges just 25K each way for business class on its own flights within Asia (find the award pricing here on EVA’s site)– and Star Alliance pricing isn’t much more at 27.5K each way within North Asia.

Here is a look at the chart for flights on EVA metal:

I am at least slightly confused by the wording. I read “within Asia, including Northeast Asia, Southeast Asia, etc” to mean EVA considers Asia as a single region for the purposes of this chart. I would therefore expect that you could fly from one point in Asia to another with a stopover on the way and then return to a totally different city within Asia with a stopover on the way. As an example:

In that example, you would fly from:

Logically, that might not make much sense (since you start in Bangkok and “return” to Osaka), but since an open jaw is allowed and all of the above are “within Asia”, you might assume it could be done. However, EVA specifically lists the above itinerary as an example of an invalid itinerary in their guidelines (found here).

I therefore take their routing rules to mean that you instead need to stay within a single region of Asia (or at the very least, you have to “return” to the part of Asia in which you originate). That isn’t necessarily unreasonable, just a bit more restrictive than it looks — and if you’re just flying on EVA metal, Taipei would typically be your only stopover point.

However, with Star Alliance awards within North Asia even cheaper in economy class at 15K each way or marginally more expensive in business class at 27.5K each way, you could open up a number of additional options on Asiana, ANA, and even United. Here is the region definition for North Asia:

That’s a pretty generously large region. I visited Saipan a few years ago and it was a fascinating destination. Part of the United States of which I wasn’t previously aware, it kind of blew my mind that I was able to send home a box of clothes in a Priority Mail flat rate box (we had traveled to a mix of destinations and no longer thought we needed our cold weather clothes – thanks for proving us wrong on that, Seoul!). There is incredible snorkeling and fascinating World War II history, along with very interesting modern history.

Staying entirely within North Asia on Star Alliance, you should be able to fly something like this:

That entire trip should cost 30K miles in economy class or 55K in business class. Either way, that looks like a pretty terrific value. Note that I haven’t tried to book this myself (I have no travel to Asia planned at the moment), but as I read the terms I believe it should be possible.

Note that changes are also reasonable: date and flight number changes are possible for free (even on a trip in progress). Changes to carrier/route are $50.

EVA Infinity MileageLands is a Citi and Capital One transfer partner that doesn’t get wide attention, but it is worth a look for those interested in travel to South America or within South America or Asia given the reach of Star Alliance in both regions and the ability to have 2 stopovers and an open jaw on a round trip itinerary. Keep in mind that Star Alliance awards need to be booked over the phone, so there will likely be some hassle — but it could be worth the time investment if you’re able to spend the time on a multi-stop trip. 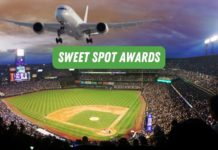 Sweet spot awards that I actually use [On Greg’s Mind] 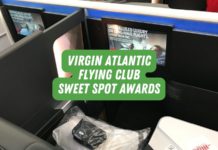 This is the content I come for to frequent miler. No one digs up award charts to find the most creative (some would call crazy) routings and getting a good deal on your miles, like FM !! Thanks

Should the round trip business be 104K instead of 105k?

Like the South America trip idea a lot (I’d pass on the 6 hr bus ride & just take a cheap LATAM flight from Mendoza to Santiago in your example, provided it’s still a functioning airline when whenever travel resumes). Some very interesting possibilities.