Update 7/24/20: Quite a few blogs have reported the “return” of this deal. Actually, it never went away: Stephen maintains our Last Chance Deals post every week and meticulously checks the deals listed in that post to make sure they are still alive. He tells me that he has checked this weekly and it has been active since we posted it more than a month ago. What is potentially new is that some people are now targeted to also earn $30 / 3,000 Membership Rewards points for referring new members rather than the standard referral of $25 / 2,500 points. This is nonetheless a great deal if you are new to Rakuten as the points are a very nice bonus as outlined in the original post to follow.

Shopping portal Rakuten (formerly Ebates) is offering  4,000 Membership Rewards points (or $40 cash back) for new members who join and make qualifying purchases totaling (now $40 or more) within 90 days of becoming a new member. That’s a great deal as the points will easily be worth more than the $40 purchase itself and would be a great way to jump-start your Rakuten earnings.

However, if you are new to Rakuten, you can snag this bonus.

Again, this is a great deal for new Rakuten customers as the points are easily worth more than the $40 required minimum purchase and Rakuten has become a favorite shopping portal for many given the high Membership Rewards returns. 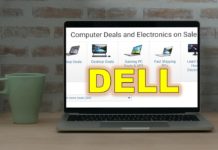 (EXPIRED) Targeted Rakuten offers: 25% back at Sixt, 15% at Lenovo and many other stores

[…] 60 days have passed), let readers know your experience in the comments. Also keep in mind that new Rakuten members should be able to stack this with the 4K bonus for joining, making it an even better […]

Does a qualifying purchase of $40 or more have to be in one transaction?

[…] My favorite shopping portal is Rakuten.com. The reason I prefer Rakuten these days is because you have the option of earning cash back or American Express Membership Rewards points. Given that our Reasonable Redemption Value for Membership Rewards points is 1.55 cents per point (and I usually get even better value than that by leveraging the many Membership Rewards sweet spots to fly in business or first class using Amex transfer partners), I view the payouts at Rakuten more favorably than face value. Rakuten often offers new customer bonuses like the current $40 / 4,000 point bonus. […]

Joined last week through your link. I’m after AmEx miles period. So got sign-up, but initially you must either go with cashback through a Big Fat check or PayPal before you can switch to AmEx. Had trouble switching to AmEx but found out with Firefox browser, AmEx works. According to Rakuten AmEx has problems with Chrome or Explorer. So I thought all’s well as I’m switched and now make my first over $40 purchase. Posting next day, I see $40 cashback and points on my purchase. No 4,000 AmEx points as I expected! Currently going back’n’forth with Rakuten, but doubt they will change. Not Happy and told them so as I don’t trust you and I don’t like that! Now on 2nd account via my company using your link again. Same process all over again, but no purchase for awhile. Let’s see how that works? What am I missing! Thanks

Wow, I’m not sure what happened there. I haven’t personally used one of these links to sign up since I’ve had an account with Rakuten (previously Ebates) for a long time. You could alternatively use this link to sign up but for only 3,000 points: https://www.rakuten.com/american-express. At least you would be 100% sure to get Membership Rewards points

Thanks for the reply. I’m getting membership miles now. It’s the sign-up I am disputing. It’ll work out. Just wanted sign-up miles as there are worth more than a cent.

same for me – if you sign up with $40 referral deal, it is CASH ONLY they tell you at Rakuten customer service when you question it – 3k Membership Rewards points is a different referral link – you pick cash at $40 level or you pick points at the 3k level it seems (contrary to the headlines in this post). Afterwards, you can of course earn MR points versus cash but that doesn’t help with the signup offer. It is cash only at $40 per their customer service.

Your Platinum card arrived. Here's what to do next...

No. Not sure why you’re seeing $10. I just tried it in an incognito window and it shows the $30 bonus:

I’m a current Rakuten member earning AMEX MR points. If I signed up with a new email linked to the same AMEX MR account will I be eligible for the bonus?

New Rakuten member. Just signed up and used your referral link first. I can see from my end that the registration for the 3K membership rewards went through, so whoever’s link that was should see the credit come through if that trick works (I’ve already made a purchase). Thanks guys!

All, I get is “oops, something went wrong”

Any idea how you know if you are “registered” I signed up / logged in using my AMEX login but no mention “now you are registered” or anything like that.

If you go to “My Account” and check the “Earnings Balance” section you should see the offer as “Pending” regardless of whether you have made a purchase yet.

I did… and it said pending.
Thanks!

Does anyone know if you previously had an ebates account if you would qualify for this? I had used ebates long ago, but mostly use mileage and topcashback portals now so I’m curious if I would be considered a new customer.