Last year, Amex launched a digital entertainment credit on the Amex Platinum card. To say I was underwhelmed would be an understatement. Initially, the only services eligible for the credit were Audible, Peacock, Sirius XM and The New York Times. However, Danny the Deal Guru points out a change that I see reflected in my account: the digital entertainment credit can now be used toward Disney+, The Disney Bundle, ESPN+, and Hulu. That’s a huge improvement that gives these credits undoubtedly broader appeal.

Some cardholders have surely been happy with these credits as-is. If you are a regular digital New York Times reader or live where you can get the Sunday edition delivered, the $20 monthly credits have probably been great. The same can be said for the other qualifying services.

Personally, I wasn’t previously using any of those services. I subscribed to Peacock Premium during the Winter Olympics in order to see everything I wanted. That amounted to watching the Olympics two or three times and not using Peacock again since (though it keeps getting charged to my card and credited, so whatever I guess).

On the other hand, I do subscribe to Disney+ (and based on the nearly universal appeal of their broad range of products, I imagine this will only expand the appeal of these credits). I don’t yet subscribe to ESPN+, but I have recently developed a renewed interest in sports and I would be happy to get access to some more live sports. My current Disney subscription is annual (I signed up by stacking deals we wrote about), but when it runs out I will almost surely move to putting in on the Platinum card. The Disney Bundle (which includes Disney+, ESPN+, and Hulu) costs $13.99 with ads on Hulu or $19.99 if you want Hulu without ads. That’s a nice fit for the credit either way. While I would still prefer a far less restrictive streaming credit, this is undoubtedly a big improvement. This will certainly change the calculus for me about whether to keep or cancel (but I’ll still probably try for a retention offer!).

Make sure to enroll in the benefit in your Amex account here so that you receive your monthly credit. Amex Platinum Saks credit: What can you get with $50? How to maximize value with your Amex Platinum Card 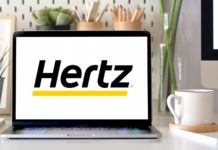 Leverage Premium add-ons through Hulu. Both P2 and I have the standard Platinum. Just signed up for the Bundle (Hulu ad-free, Disney+ and ESPN+) for $19.99 + tax on one card, and Hulu w/ads and HBO Max on the other card for $21.98 + tax on the other card. We already had HBO Max and the Bundle, but adding the premium ad-on of HBO Max to hulu allows us to get credit back and so the total cost for HBO max is just $1.98+tax.

I don’t think this is very good. I think they should add an option for a cell phone service credit. Not everyone participates in the streaming services and many credit cards offer this benefit. One issue these days is many cards have overlapping benefits, so people have too much credit applied for the same purpose.

Which other credit card offers the Disney Plus bundle for free? (I know Verizon apparently does for phone customers, I’m just not aware of another card that offers a comparable benefit?).

I totally get that not everyone cares about free streaming services. I’m sure some people won’t be happy with this. On the other hand, with Disney+ having not only the classic Disney selection you’d expect but also all the Star Wars movies and The Mandalorian show and all the Marvel Universe stuff, it has strong mass appeal on its own. With Hulu and ESPN+, I think the segment of the market that they don’t hit with this is a lot smaller than the segment that they do.

My point is credit cards in general need to think about widening their choices. In the past Amex had a special of streaming or cell phone credits, I think it was $20 per month. I don’t recall, but that was much easier to use. The more specific uses the fewer people can use. Amex is also stingy compared to other credit cards in how they provide the money (e.g. $50 per six months at Saks or $15 per month more for December on Uber and now this is even divided in a number of rides). There are visa cards that offer streaming. It’s not free but it is a credit for the charges.

I am currently in year 2 of my AMEX Platinum journey. I got a retention bonus of 40k for $3k spend after year 1 to get here. I am thinking about how to get to year 3 with positive value, free ESPN+ will help, but without another retention offer (which I hear is unlikely after having received one last year) I don’t think I’ll be able to justify the next annual fee. I hear some vloggers recommending spacing retention offer requests 13 months apart. Has anybody had success paying the third annual fee after receiving a retention offer within 12 months and calling to request a retention offer a month.

* request a retention offer a month after paying annual fee.

Oh joy. So they added options that I already get free through my Verizon account.

I love my Hulu. Will love it even more at $20 off each month! Nice upgrade by Amex.

This definitely makes the thought process more difficult for me once the annual fee comes up at the end of the year.

That being said, definitely going for a retention offer.

No value for those with certain Verizon wireless plans that comes with Disney bundle for free…when’s the Netflix credit coming?

This shows up on my plat card, but not (yet) on my wife’s. I hope it updates soon.

Is there a way on Hulu to do partial payments agains multiple Platinum cards?

We all wish, but no.

Just added a comment above on how I split it by signing up for the Hulu ad-free bundle on one card, and a premium add-on with ad supported Hulu on the other card. Isn’t perfect as you pay for Hulu twice, but it lets me use both platinum credits.

Just a reminder that many people with Delta Amex cards have an Amex offer for these services ($13.99 off the Disney+/Hulu/ESPN bundle) until the end of August. I will probably wait to change until after that is done.

Also if you are signing up for the first time, there are some portal bonuses for the Disney bundle. I think I got 500 Amex points going through Rakuten.

Probably going to do the same here. Big improvement in the credit as I definitely place some value in ESPN+/Disney+.

The New York Times is a very informative newspaper

I’m not saying it isn’t, just that I have less than zero desire to read it in digital form. I want short-form when I’m reading on my phone and a physical paper if I’m reading long-form articles. I can’t get delivery of the physical NYT here (though I did recently start getting the WSJ thanks to the AA portal). I’m sure that many prefer digital access to the NYT, but I think that the segment of people who regularly stream entertainment is probably broader (particularly since Disney has expanded far beyond the traditional animated films into all sorts of other stuff).

lost a lot of credibility with COVID…it’s in the junk pile for me now. like every other MSM.

they lost their credibility way before covid. its a shame all these amex credits are only for woke companies

well..I was ignorantly unaware of the level of deception and editorial / general office / ownership concentration by a certain group until covid.

but better late than never.

at least I’m not fooled by the ukraine crap…but don’t pay too much attention now..more initially. Just got the Wyndham points for subbing for P1 & P2.

Relatively innocuous, common-sense comment on the media losing credibility (think for yourself people) and you get many downvotes … You must be over the target – “keyboard warriors” don’t even bother to comment, just sheepishly downvote to prove they are a good person … at least no one is stepping up to actually put words to defend the media (does anyone really think they haven’t lost credibility) – that would be too silly. Good for you (and anyone) brave enough to think for yourself and question the acceptable narrative. Trust your own eyes, ears, brain and experience. Doubt may be uncomfortable BUT certainty is absurd … I think 🙂