Just when I thought I had mastered Delta award bookings, I stumbled upon something new.  Please accept my apologies in advance for the massive headache you are about to get for trying to understand this…

I recently booked travel that lands me in San Francisco in early February, so I needed to book a one-way home from there (to the Detroit airport).

United and AA allow one-way awards for half the price of round trip, so I could have looked to either one to book my way home.  Unfortunately, though, only Delta has non-stop flights from San Francisco to Detroit and I really wanted a non-stop flight for this leg.

Luckily, Delta had saver-level award availability for the flight I wanted.  Unluckily, while Delta allows one-way award redemptions, they charge as much as a round trip.  So, while United and American Airlines would charge 12,500 miles for this trip, Delta would charge 25,000 miles.  No thank you.

I could have transferred American Express Membership Rewards points to Air France’s Flying Blue program and then booked the flight from there since Air France does allow one-way awards at half price.  But I wanted to see, first, if I could use my Delta miles…

Much has been written about booking free one-way awards on various airlines.  Usually, it works like this: you book a round trip award and then you tack on another one-way leg to your award either before your trip (toward your home airport) or after your trip (leaving from your home airport).  This is possible thanks to airlines that allow stopovers and open-jaws on award bookings.

For booking free one-ways, Delta is at once more lenient and more restrictive than other airlines.  They are more lenient in that they are the only airline (that I know of) in which you can book free one-ways on a domestic award.  They are more restrictive because your free one-way has to be a valid routing as part of the entire award.  For example, I could book an award in which I fly DC to Detroit as my free one-way, then months later fly Detroit to San Francisco round trip all for the price of a single round trip award.  This works because Delta sees this flight as originating in DC with a long stop-over in Detroit and then returning via Detroit with an open-jaw between Detroit and DC.  In other words, it works because it is perfectly valid to book a flight from DC to LA with a stopover in Detroit.  Detroit is a Delta hub that is roughly between those locations.

There are (at least) two cases where you cannot book a free one-way on Delta.  One is where the total flight is not a valid routing.  For example, if you live near a non-hub airport such as Indianapolis, it can’t be done.  Take the example above, for instance.  There are no valid Delta routings from DC to LA via Indianapolis so Delta would price such an award the same as two separate awards, which is no good.

The second case that doesn’t work is where your desired free one-way creates an open-jaw that is longer than the round trip legs.  Take my example above, for instance. A free one-way from DC to Detroit as part of a Detroit to San Francisco award works because the distance between DC and Detroit is less than the distance between Detroit and San Francisco.  It wouldn’t work to go the other way.  That is, I couldn’t book a free one-way from San Francisco to Detroit as part of a later Detroit to DC round trip award.  That too would price as two separate awards.

I know that if you’re new to this, none of what I just wrote makes any sense. It took me a long time to “get it” too.  If you want to try to grok it, you can read more details about Delta free one-ways from MileValue, here:  Free Oneways on Delta Awards.

Let’s go back to my situation.  I needed a one-way flight from San Francisco to Detroit.  I had already booked a round trip award Detroit to DC (specifically, IAD) for Frequent Traveler University where I’ll be speaking.  So, I thought it would make sense to tack on a free one-way to that award.  The problem was that if I booked San Francisco to Detroit and then later Detroit to DC (round trip), the open-jaw between Detroit and San Francisco would exceed the distance between Detroit and DC and so the routing wouldn’t be valid.  Just to be sure, I tried booking the award that way.  As expected, the award priced at 50K miles instead of 25K.  In other words, Delta’s booking engine saw this as two trips.

I wasn’t done, though…

Not long ago, MileValue wrote up a trick for booking free one-ways on US Airways.  The trick is to add a final leg to the trip (that you’ll never fly on) in order to trick the system into thinking that you have a single round trip award.  It occurred to me that this same trick would work with Delta.  All I had to do was book as follows:

If I could find saver level awards for each segment shown above, then I could book the entire thing as a single round trip award for 25K.  On the return, I would simply abandon my final Detroit to San Francisco leg.  There are a couple of downsides to this: 1) I would not be able to check bags because they would go on to San Francisco (this isn’t really a problem since I rarely check bags anyway); and 2) If something came up like bad weather in Detroit, Delta might try to reroute me a different way to San Francisco.  As much as I love that city, that might be inconvenient.  Anyway, I figured it was worth the risk.

There was, however, a flight from Detroit to San Francisco the next morning.  I figured I would give it a try to see what the booking engine would do.  I plugged in the following:

To my surprise, the booking engine decided that this trip would cost me 37,500 miles.  In other words, it wanted to charge me 12,500 miles more than a single round trip award.

That’s pretty good.  I could definitely live with a 12,500 mile one-way Delta award for the dates, times, and flights I prefer!  Plus, since the final throw-away leg would leave Detroit the next day, there was much less risk of getting rerouted to San Francisco against my will.  So, I was ready to book the trip until I had another idea…

And a free one-way too

I searched the award calendar and found a saver level one-way flight from Detroit to San Francisco for late November.  I then plugged in the following:

Again, the entire award priced out at 37,500 miles!  I now have booked two one-ways: San Francisco to Detroit and, much later, Detroit to San Francisco for an incremental cost of just 12,500 miles!  Since I have Platinum status with Delta, I can later change the date of the final leg for free as long as a saver level award is available.  This is critical since I don’t really know right now when I want to return to San Francisco.

Out of curiosity, I tried changing the final leg to go to LA instead of San Francisco, but that award priced out at 50,000 miles.

I plan to test whether the trick I stumbled onto will work on international trips.  While this trick saved a total of 12,500 miles, I can imagine saving far more for international business class travel if the stars align properly.

It’s worth noting that I have no idea why this trick works.  I understand “traditional” free one-ways, but there’s nothing in my little brain to explain why Delta’s booking engine thought to charge 37,500 miles.  Maybe this is already a well known phenomenon and I’m just late to the game?  I’m hoping that someone more experienced than me with award bookings can explain it!  Anyone?  Gary?  MileValue?  Amol?  Lucky?  The Weekly Flyer?  René?  John?  Brian?  Bueller?

Once we understand why it works, it will be easier to figure out how best to take it further. 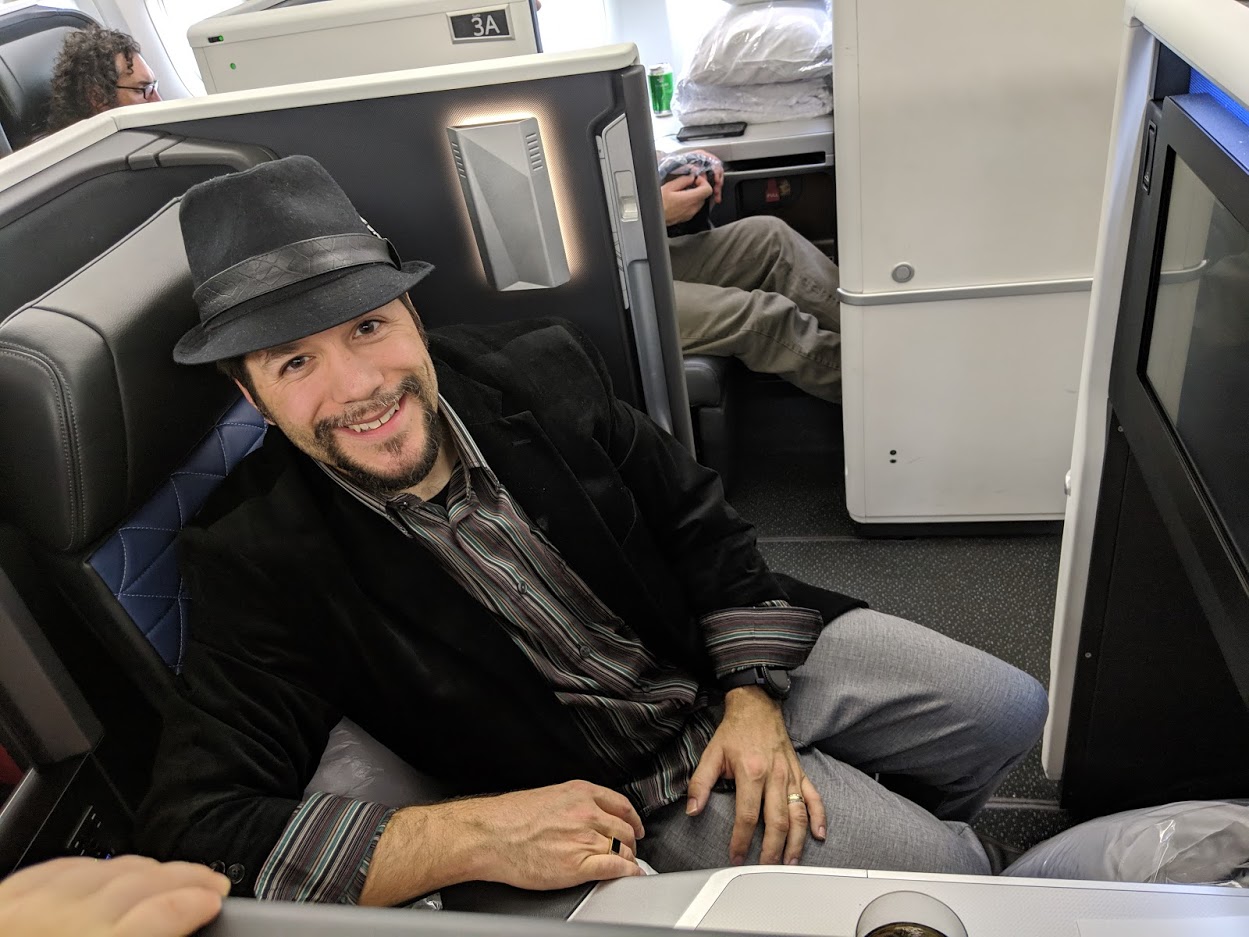