We have been maintaining a post outlining ways to save money when signing up for Walmart+. Unfortunately, portals have been incredibly unreliable for Walmart+. While we have long gotten occasional reader complaints about one portal or another not tracking on a particular purchase, we have seen a much higher percentage of people reporting Walmart+ subscriptions failing to track. The good news for people who used ShopAtHome when we first published this deal back in December is that the portal seems to be honoring the deal. The disappointing news is that you may need to follow up multiple times. It certainly shouldn’t be that way, but given the almost universal nature of issues on this deal I think the problem must be on Walmart’s end and I’m glad to see ShopAtHome making it right on their end.

I was a big time shopping portal enthusiast for years before working at Frequent Miler. Back in the day I was double dipping, triple dipping, and slicing and dicing my way to as much in rewards as I could via portals. I used many different portals and I almost always had purchases track as expected when using basic best shopping practices (for example, I shop around in one browser and have another browser that I use when I am ready to purchase so that I can do directly from the portal to the store to the item page to the cart and check out without chancing that any intermediate clicks lose my tracking cookie). I used to use ShopAtHome frequently and have spent thousands of dollars through the portal without issue.

I was therefore pretty disappointed when my Walmart+ order didn’t track as I expected despite the shopping trip being in my history. Google Pay paid out and Dosh did initially but later clawed back my $9.80. I wouldn’t have spent the net $68 that Walmart+ cost me if not for the anticipated ShopAtHome cash back.

I waited patiently knowing that portals typically aren’t going to pay customers until they have been paid by the merchant. When the merchant doesn’t pay them, they don’t have money to pay you. I get that and like I said I assumed that the issue was delayed reporting on Walmart’s end. I hoped it would be resolved automatically.

However, it wasn’t. I eventually saw comments from readers on our Walmart+ post indicating that they had followed up with ShopAtHome multiple times and eventually got paid the $100 they were due. I decided to submit a support ticket on January 12th. I was asked for a screen shot showing that my Walmart+ account was active which I supplied. I was then told on January 13th that Walmart was aware there was an issue and it was to be resolved within the next 14 business days.

Hello!Thank you for your response!  Walmart has reached out to us to inform us that there was a tracking issue for the click thru on our site.  They are looking to have this resolved within the next 14 business days.  If you properly signed up, the credit will automatically be issued for you.Thank you for your patience!

Fourteen business days came and went and on February 5th, I followed up with ShopAtHome to note that it had been more than 14 business days and that I was hoping it could be resolved promptly. Yesterday, I saw a couple more readers indicate that they had been paid out after submitting multiple support requests, so I sent another message since it had been 5 days with silence from ShopAtHome. Today I finally received the resolution:

Thank you so much for your patience while we investigated the issue you had with this offer.I have applied the requested credit to your account today. If you have any further concerns, please let me know. Have a wonderful day!

Sure enough, the $100 is finally available in my account.

In this case, I hope that ShopAtHome is getting their due from Walmart and Walmart has clearly had a tracking problem with this deal. It is good to see them making it right with customers one way or another, it’s just too bad that it seems only the squeaky wheels are getting the grease.

In the meantime, I think it makes sense to proceed with caution on the Walmart+ deals or be ready to follow up. I think I saw some success reports from people who clicked through a portal, signed up for the 15-day trial, and then immediately canceled the trial and paid for the subscription whose purchases tracked appropriately. It seems that something is currently broken in the tracking of the free trial and purchase 16 days later.

Whether you did the deal through ShopAtHome or some othe portal, I think it’s worth reading out to your portal of choice if you haven’t received your payment as that may create enough annoyance for Walmart to get the system fixed. 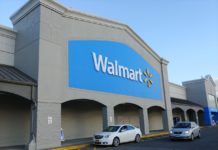 This article prompted me to try harder with the shopathome folks & it worked! Literally 2 min after I sent proof of my membership sign up they responded & credited my account.

Same problem with Swagbucks. I’ve contacted Walmart about 3 times and they are unable to provide an order number. I will try snail mail next. The WM website does not even show a receipt, just the expiration date and the payment type.

Before I saw your response, I submitted my ticket with just a random number for the PO field and that worked. $100 cashed out today.

I sent a PDF copy of my sign up email & that worked.

Swagbucks still hasn’t made good. Wish I never heard of this deal. I’ve written multiple times and get a form letter response.

Similar issue with the recent motley fool airline miles shopping portal bonuses for amex $99 subscription deal. Have you gotten any new feedback about miles bonus? I signed up 3 people at 3 different email accounts. We have received all 3 amex credits but only one AA portal credit of 7800 miles. Thanks for any data points.