Chase Ultimate Rewards announced the coming addition of an official transfer partner in Air Canada Aeroplan, but that’s not where Chase news ended. This week, we also learned of a couple of “secret” Chase transfer partners that might be worth a look. On this week’s Frequent Miler on the Air, see us discuss whether or not any of this is a big deal and why the average reader/listener should care. All that and more below. If you read this blog, chances are good that you’re very familiar with Chase transfer partners like United and Hyatt. Perhaps you can even name all of Chase’s 1:1 transfer partners. Even still, I’m willing to bet that before seeing this post, you couldn’t name Chase’s South American transfer partner. That’s because they don’t have one — at least not directly. But there are a couple of indirect partners that we have previously ignored. Most are still ignorable, but at least one may be worth a look.

Amex Purchase Protection to the rescue I broke my phone. No, not that one. I broke the new one I bought to replace that one after getting it fixed from the time I broke it about two months ago. I swear I’m much less accident-prone than the past two months would have you believe. The good news is that I’d bought the new phone on my new Amex Platinum card — and they completely refunded my money without hassle. Read all about how it worked in this post.

What is Delta elite status worth (now that award changes are free)? Regular readers will know that my answer to the title question here is “not much to me”. However, your mileage quite literally may vary. Read Greg’s update to this resource and ask yourself the key question: how much cash would you be willing to fork over up front for elite status? There’s your value. 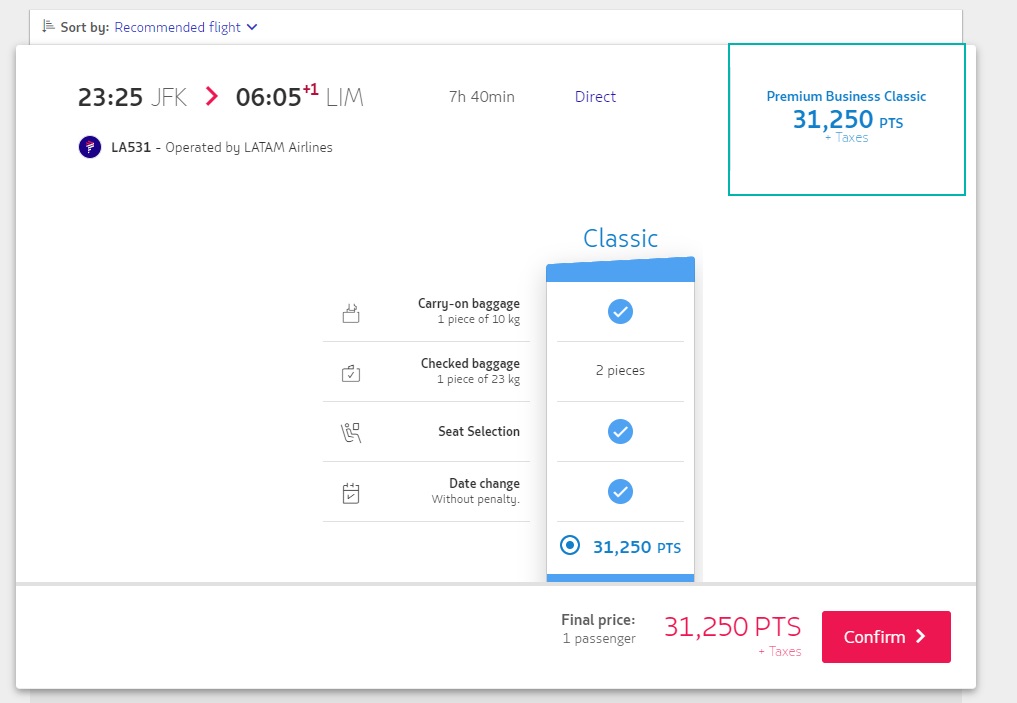 Having been revealed as one of Chase’s secret transfer partners this week, the LATAM Pass program became a topic of intrigue. A reader had tipped us off to some good values. While partner awards didn’t turn out as expected, some routes on LATAM metal price really nicely — and availability, even on the usually tough Easter Island route, is amazing. I went into this post thinking that Greg had finally fallen off his rocker because I just didn’t see him cracking open pharmacy rewards in such a way as to make them exciting, but by golly he kind of managed to do just that. I still haven’t signed up for CVS CarePass, but this post definitely made me think about it — and I still might do it. The sky has fallen and the world has ended on this day that shall live in infamy…..or this is just like the ten thousandth time we’ve heard about an anti-MS memo at Walmart. I rolled my eyes a bit at the hubbub over this. Surely some stores will become harder/impossible and you’ll occasionally run into the person vying for employee of the month. On the other hand, given that this memo doesn’t represent anything new hard-coded into the register and given my many hours of experience with the general laissez-faire attitude of the average Walmart cashier, I just don’t see this memo moving the needle much. This makes it clear that recent restrictions were implemented with an eye toward saving time, so I’d think that those going in with one card looking for one MO are at least somewhat likely to continue to fly under the radar. Time will tell.

Stephen had the fortunate accident of being moved for a night to accommodate an NFL team and he ended up at what looks like a nice boutique-style hotel in Baltimore. I’m usually not huge on the boutique style, but something about this place just looked quirky and inviting. After reading Stephen’s bottom line review, I’d probably check it out (particularly if room rates are high given that it’s a Cat 2 hotel).

The latest update here is that Amex cards will no longer be an option for making payments with your PayPal Key.

As we approach the end of 2020, many readers have been asking how to use their airline fee reimbursements. As such, we gave this post its latest update this week and readers sounded off with their latest data points in the comments. There are plenty of things that work and keep in mind that even though Amex makes you pick an airline in January, they’ve also been pretty good about letting people change on request (particularly through perhaps not exclusively if you haven’t yet used any of your credit.

Good old fashioned competition continues to heat up the war on change fees. The latest casualty is change fees on Delta awards originating in North America. Cheers to that development.

The latest additions aren’t necessarily new, but they are definitely worth keeping in mind. If you haven’t yet made a call to Chase, get on the horn today.

That’s it for this week. As always, check out this week’s last chance deals. Amex races out of the gate. What’s next? AA miles: more valuable and less elusive than they seem