Hyatt has come out of the blocks early and announced a set of incredibly customer-friendly policies. They’ll be extending your existing status for another year, while also extending the life of your free night certificates, suite upgrades and Club Access awards. They’re also ensuring your points don’t expire for now and waiving cancellation and change fees, even on non-refundable bookings.

Here’s their official statement outlining these changes. Here’s a quick summary of their updated policies and what it means for you.

Although this change has just been announced, it’s not reflected in your account yet. There’s plenty of time for that to happen though, so don’t worry that it’s still showing a status expiry date of February 28, 2021.

If you have any free night certificates (whether from their credit card, Milestone Rewards or Brand Explorer benefit) that were due to expire between March 1 and December 31, 2020, their expiry dates will be extended to December 31, 2021. The same goes for any Suite Upgrade Awards and Club Access Awards with those same expiry dates.

While chatting with Greg and Nick, Nick pointed out that the Suite Upgrade Award and Club Access Award policy doesn’t make much sense. Those have an expiry date of February 28, 2021, so they’re not – currently – eligible for being extended to December 31, 2021. That’s likely an oversight on Hyatt’s part, so I wouldn’t be surprised if we see that policy updated in the coming days.

World of Hyatt points usually expire after 24 months of inactivity. They’re temporarily suspending points forfeiture through December 31, 2020, so that’s one less thing to worry about if you haven’t earned or redeemed points with Hyatt for some time.

All reservations made before April 1, 2020 for arrival through June 30, 2020 can be cancelled or changed up to 24 hours before you’re due to arrive. This is even valid for Advance Purchase rates.

Similarly, if you make any new reservations for arrival through June 30, 2020, the policy will remain the same – you can change or cancel your reservation up to 24 hours before, even on Advance Purchase rates. The exceptions are for reservations booked after April 1 for stays at Destination Residences and Special Events Rate reservations.

This is a generous and early (considering Q2 has only just started) announcement by Hyatt, so they’re to be commended for that. Hilton made a somewhat similar announcement last week, so both of these hotel chains will hopefully be rewarded with customer loyalty once it’s safe for people to start traveling more frequently.

One Mile At A Time makes a good point that it might still be worth trying to earn Hyatt status this year (if it’s safe for you to do so in the future), even if your Globalist status has been extended through February 28, 2022. That’s due to Milestone Rewards which Hyatt launched 15 months ago. As you can see, Milestone Rewards provides rewards for every 10 elite nights you earn starting at 20 nights, or at points-earning thresholds. If, say, you currently have Globalist status, that’ll be extended through February 28, 2022. While that means you’ll have lounge access, suite upgrade eligibility, etc., you won’t earn the free category 1-4 and 1-7 night certificates, suite upgrade awards, etc. unless you earn the requisite number of elite points or base points.

While the extended status is great news for people who’d earned status during 2019, it’s perhaps bad news for anyone who’d been hoping to earn status – particularly Globalist – during 2020.

Before today’s announcement, I might have expected that they’d eventually launch some kind of promotion later this year offering double, triple or quadruple elite night credits per night you stay. This status extension suggests that might not be the case after all, although it might simply be that Hyatt is holding off on announcing anything on that front until they have a better idea as to at what point in the year it’ll be safer for people to start traveling again.

That might also explain why we haven’t seen Hyatt make any adjustments to Milestone Rewards for now. Those thresholds are likely going to be unobtainable for many travelers this year. If they offer some kind of promotion like double, triple or quadruple elite night credits towards status, that’ll parlay into making it easier to earn these Milestone Rewards.

Alternatively, they might drop the elite night / base point requirement for earning status. If that happens, they’ll hopefully do the same thing for Milestone Rewards. For me personally, that’s my preferred outcome; I’d already earned 33 elite night credits this year, so if Milestone Rewards requirements were halved retrospectively then I’d get a free category 1-4 night certificate, a $100 Hyatt gift card, 4 suite upgrade awards and a free category 1-7 night. I’ll try not to get my hopes up though, as there’s a chance (although unlikely) that Hyatt won’t make any changes to Milestone Rewards whatsoever. 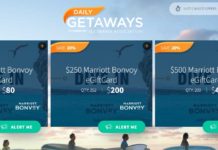 Save 15% On Hyatt Place Stays With This Targeted Chase Offer

[…] has previously announced elite status extensions for those who currently have Hyatt elite status. However, those who do not have status or want to […]

I wish Marriott did the same thing. Have they announced anything yet?

They made this announcement a few weeks ago, but I don’t think they’ve changed anything since then. https://frequentmiler.com/marriott-coronavirus-cancellation-policy-changes-certificate-extensions/

Was set on a path to Globalist in this year, never having had any Hyatt status besides the lowest that comes with their CC. Now it looks like that will not happen. I had been hoping they would reduce their requirements to help me, but this does not do that unfortunately.