For the 3 Cards, 3 Continents Challenge I previously revealed that I would be taking along a mystery travel companion.  Stephen Pepper speculated that my companion might be someone named Ana (since I booked most of the trip with ANA miles), Carrie (who is capable of stuffing herself into a small suitcase), or Cher (who can turn back time so that I can pick different cards for the contest).  Of course, those suggestions and others were tongue-in-cheek, but Stephen settled his tongue to conclude that my mom was the most likely.  Nope. It’s not my mom. But I did recently take her to Miraval Berkshires, so I got brownie points there.  I’m curious if any readers noticed that and realized that my mom wasn’t a likely pick for the challenge after all?

In May, my wife and I went on a terrific Zingerman’s Food Tour of Lyon and Jura, France.  There, we met one of the guides, Maisie Wilhelm, and we hit it off immediately.  Maisie was fun to hang with, and we were impressed with how well connected she is in the food industry.  She took our small tour group behind the scenes with well known chefs in Lyon where we had the opportunity not just to taste their food, but to interact with them in depth as well.  It was great.  Meanwhile, she was fascinated by what I do with Frequent Miler and had already recently begun collecting points and miles through credit cards.  Our relationship was bolstered by a surprising connection.  She had gone to the same high school as our son.  That was interesting, but the really surprising discovery was that she and our son were both involved in the creation of a movie about that high school: Welcome to Commie High.  Our son had helped make the film as a student intern (this link shows him holding a boom mic).  Meanwhile, Maisie was actually in the film and the key inspiration for it overall!  The film describes, among other things, how middle-school students used to line up for weeks to try to get into this public high school.  Maisie was the first kid in line when this craziness started.  Fortunately, the school had already switched to a lottery system by the time our son applied.  As an aside, the movie is definitely worth watching.  Check out the film’s website for details about where it’s available.

My 3 Cards, 3 Contents theme: Great food around the world

While planning my luxury Round the World adventure for the 3 Cards, 3 Continents Challenge, I wanted a theme to tie my otherwise random-seeming destinations together.  Since I love great food and I’m willing to go out of my way to get it, I soon settled on “great foods from around the world” as my theme.  I mentioned to my wife that I would contact Maisie for advice.  My wife agreed that Maisie would be a great resource, but she had an even better suggestion: “maybe she’d be willing to go with you.”  What a great idea!  Maisie has her own business as a “culinary concierge” who finds food experiences for her customers.  If she came along, it would be great for me and for the theme of this trip, and the blog exposure would be great for her business as well.  Win win!

Would it be possible?  I have a strict travel budget for the 3 Cards, 3 Continents Challenge, but that’s for my own travel.  I wouldn’t be limited to that budget for Maisie’s travel.  However, I would have to find award space for two across the entire journey.  That meant finding two available award seats on every flight, and two award rooms at every hotel.  During “The Summer Of Non-Existent Airline Award Seats” that would be a huge challenge, but I believed that I could do it (I was right!). Plus, at the end of the challenge, followers will vote for the winner.  I hope to earn extra points for building a more realistic and more difficult-to-book trip than my competitors. It’s much easier to find awards for one person rather than two. My trip would prove that it was possible.

I contacted Maisie about the idea, and amazingly she was in!  Together, we’re going to travel the world in luxury and experience incredible food everywhere we go!

Maisie Wilhelm is the founder of @palatine__ culinary concierge, a business she started after working with Michelin-starred chef Daniel Boulud for many years.  While working alongside one of today’s greatest chefs, Maisie learned the ins and outs of the rarefied world of ultra fine dining, while also traveling the world with Boulud as he filmed Parts Unknown with Anthony Bourdain, attended the international culinary competition Bocuse d’Or, and cooked humanitarian meals for Japanese tsunami survivors. Along the way, she never lost interest in the tacos she had on the street in Mexico, or her favorite gelateria in Italy. She established relationships with local food experts and took copious notes on all the best places to eat, drink, and be merry.  Now she shares her expertise with clients who care about a great meal just as much as she does; her mantra is, “Let no calorie be wasted on mediocre food!” 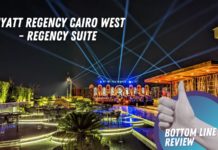 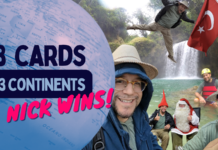 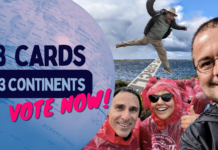 Maybe I missed this but did Greg and Maisie barter? Airlines miles and hotel points from Greg (of which he has pretty large balances) for her time investment and coordinating some of these cool culinary adventures? Curious of the economics of this since it makes for an awesome partnership!

I’m a huge foodie myself so your journey is my favorite so far. I love that she took pics of the foods she ate and posted on IG. Planned a trip to the Scandinavia and added a stop in Bergen because of your posts! Now I shall plan my own around-the-world tour as well. Great job!

Greg if you have time in Bulgaria, you should go to Rila Monastery and Plovdiv. You can stay with my friends home or my apartment in Stara Zagora. Wish I was there to show you around

way to go, Greg! That is clearly out of the box thinking.
I look forward to your culinary discoveries.

This is AWESOME. Right up my alley. Can’t wait to see what Maisie contributes!

I’d be fine with a tour around New Jersey, if it meant I’d be eating as good as you’ll be, lol.

Nice addition. Interested to see the meals you’ll be eating on the trip.

My guess on the travel companion is wrong, but it is exciting to know that a culinary concierge will join you on this trip. Hopefully we will learn some nice spots for great food yet affordable along your journey.

I can’t be the only person thinking this: I would never take another woman on a trip with me of this nature. I fully understand that what goes on in Greg’s marriage is his business–and from that perspective, if his wife is OK with it, it’s none of my business. But the perception is going to be there no matter what, at least with a chunk of readership, that something scurrilous is going on. From a business perspective, I would think it would be better to avoid those connotations. I’m sure that Greg thought about this and would be interested to hear why he decided to do it nonetheless.

I get what you’re saying but in my opinion that’s an out-of-date and frankly a little disturbing way of thinking. Women deserve equal rights and privileges as men but that will never happen if they are barred from trips, golf outings, etc.

If some people think less of me or this blog for inviting Maisie along, then [censored]

One thing I’ve noticed as I get older is that the number of subjects on which I feel compelled to have an opinion gets smaller each year.

Looking forward to the insights gained from having a culinary specialist along and, I have to say, kudos to Maisie for demonstrating her food-travel magic in such a public forum.

Love your thinking! My husband has so many women friends, although admittedly, he hasn’t traveled alone with them. But I know I’d be jealous if my husband did what you’re doing only because I’d want to to go on a trip like that.

Alex
What would Jamie Damon Do another Great CEO ???
Now have a Nice day !!
V Bernie

I love your “great foods from around the world” theme, and Maisie’s mantra. And it is more impressive to find award space for two. So great start Greg!
I’d like to do a trip combining great food and hiking- The Sunday Times just published an article by Sarah Baxter “25 of the world’s greatest hikes- with stylish stays” for inspiration.

I hope to benefit from this by getting a multitude of food and restaurant tips.

I’m pretty sure when your wife suggests taking another woman on a trip with you, the immediate answer should be “no” 😉

Could be the most costly trip he has ever taken ..CHEERs

I was skeptical that it was going to be Greg’s mom, just because I know that my parents (who would be at least a few years younger than Greg’s mom) would absolutely hate such a fast-paced trip.

I am interested to see how this plays out though. It seems like any experiences had due to Maisie’s connections can’t be counted since her presence is coming from outside the competition budget.

We decided not to have a budget for food and activities. I think we announced that in some other mediums, but maybe not on the blog. That was a miss. Anyway, the idea here is that people could do a similar trip by hiring Maisie’s company to help plan the culinary adventures.

Ah, I had forgotten that activities weren’t included in the budget. I think I also got confused by the talk of Stephen moving money between the “travel budget” and “activity budget” on the last pod. So I guess Maisie is part of Greg’s “activity” budget.

I guess that in judging we should only consider the flights and hotels then. Otherwise someone could try to win by just spending thousands of dollars on over-the-top experiences

This is perfect in regards to food not counting towards the $1k budget. Have fun!

Just make sure there’s NO discounts or carry overs from her trip to urs..U needed a review board and for some odd reason u didn’t want one now we know why..

May God help the others keep this somewhat fair this time..

So, you’re taking a “three cards, three condiments” approach to the competition?