Wyndham Rewards and Caesars Rewards have a partnership whereby members can transfer Wyndham Rewards points to Caesars (where they become Rewards Credits) or from Caesars Rewards credits to Wyndham. This has been one method for keeping Wyndham points alive and it has obviously also been useful for those with a desire to have points in one account or the other. In years past, transfers were limited to 30K points per year, but it looks like the limit has been increased to 60K points per year.

The ability to move points between Wyndham and Caesars is something we’ve mentioned in the past for the ability to keep your Wyndham points alive, but we’ve often mentioned that it’s of limited use given the (previous) limit of 30K points per year moved in either direction. At 60K, this is twice as useful as before. On the surface, that’s good news.

Keep in mind that you can sometimes get well over 1c per point when redeeming through Wyndham particularly if you make good use of the partnership with Vacasa. I am itching to get back to the Pigeon Forge area and to use points for another cabin with a great view. On the flip side, while Caesars points are worth a flat 1c per point whether used toward room rates or things charged to your room like meals and massages, those who generate a lot of Wyndham points may still find that useful. In states where sportsbooks are legal, bettors who want to parlay their Wyndham points into something more may find the conversion at least somewhat intriguing.

A friend pointed out noticing this change in an email from Caesars Rewards and I initially took it to be a limited-time deal for 2023, but based on what I read on both the Caesars and Wyndham websites, I take this to be a permanent change.

Overall, I take this newly-increased limit to be a positive sign. That said, it’s not the best we’ve seen: last year, Wyndham and Caesars increased the cap to 100K for everyone for a couple of months. Hopefully we’ll see something like that return this year, but in absence of it this increase is a decent consolation prize. 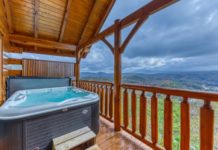 We are Caesars and Wyndham diamonds through the Wyndham business credit card. We wind up in Vegas about once a year when we use our $100 diamond meal credit and usually spend about $20 for a room with the waived resort fees. So we probably don’t need a lot of Caesars points. That said, I remember that there was some way to access the Vegas lounges with points. Are those lounges still even open, and would a few Caesars points get you in?

To be clear, this is once per calendar year, right? So you could transfer 60k in December and then another 60k in January? Is there any way you could add this to the FM end of year checklist? I should’ve taken advantage of it this past year but forgot.

I find myself with an over-abundance of hotel points (if there is such a thing). Over time I transferred about 170K Wyndham points to Caesars Rewards credits. Then 10K or 20K at a time I transferred the Caesar Rewards credits to Caesars Sports Book. Once bet through once (required to change what they originally label “bonus” to “cash” status”) I cashed out to my checking account. So I’ve got $1,700 instead of the 170K Wyndham points – I won about $300 on NFL bets.

This ends up with a penny per point valuation (same as using Caesar credits towards a room). There may well be better valuations for certain Wyndham stays (but not that I have normally seen). Again, I have about 2.5M other hotel points (Hilton, Radisson, IHG. Choice, etc.) so some added cash is nice.

Anyone know if Caesar’s and Wyndham matching for 2023? I can’t find anything on it.

Curious: what did you Google when you tried to find something on it? I ask because for every person who comments there are many others who don’t and just don’t find what they are looking for – my goal is obviously to help make our content findable.

In this case, we recently wrote about this and if you popped either “Caesars” or “Wyndham” in the search box at the top of our site, this post would have been the 2nd or 3rd result. Obviously you searched differently, so I’m legitimately curious what you Googled? (I’m not trying to be snarky, just inquisitive about search terms as we consider how to make resources easier to find).

Your post does not say they have an agreement through 2023. I read that post. For example Founders card has a post that says they renewed their agreement. I only ask because of your post and thinking about signing up for business card.

Well no, nobody knows what will happen on February 1st yet. That’s always going to be true — the game could certainly change. But since the partnership not only still exists but they just recently matched from Caesars to Wyndham and they also decided to increase the maximum number of points you can move each year, it seems to me that they are unlikely to stop offering the status matching two weeks from now. I think it’s possible that Caesars may stop allowing people to match back to Caesars Diamond from Wyndham year after year — maybe they’ll decide it’s a one-time thing or something like that, but that wouldn’t affect your plan to get the business card if you’re mostly interested in Caesars status right now. As it stands right now, if you have Wyndham Diamond you can currently match it to Caesars Diamond. The situation that has many of us waiting for Feb 1 is that many of us currently have Caesars Diamond, so it won’t mean anything to match right now. We’ll see what happens in about a week and a half.

Of course, you can easily just wait a few weeks and see what happens.

nice to see this increase.

I still have the early Wyndham consumer card (No longer available) which comes with Diamond and 15k every year. Got bus card last year. 30k every year min.

Used on Cottages last year …pretty good redemption..though I did find on Booking later the same property for less then the price cottages had it going for. No plans I can ever foresee to return to any Cottages covered areas.

I have had the the earlier version of the consumer card for 8 years or so, and get the 15K bonus – however I never got Diamond status as part of it.

hmm..there might have been a couple different versions floating around then. not sure. u got 2 million+ hotel points…wow…need to spend down!

Working on spending down some (in addition to cashing in). Mardi Gras in February on Wyndham points.

I don’t actually ever count my hotel points like you do. I think of them individually. To lump them together is meaningless due to value.
If you said you had 2 million Hyatt points vs 2 million Hilton points – that’s a big dif for example.

I have 380,000 Hilton points…still 80k Radisson, 120k Choice (Bought these), etc…would probably be close to 1 million….but I don’t hoard unless I have a specific redemption in mind.

If you have more than 60k points in your Wyndham account (from last year’s big sign-up bonuses for example), seems like good “hygiene” to transfer 60k to Caesar’s and back every year, just to keep them all “fresh.” Any obvious problem with that?

Just keep in mind that Caesar Total Rewards credits expire in 6 months with no activity, so don’t wait too long to transfer back to Wyndham.

Also keep in mind that Ceasar’s only allows one transfer per year. I don’t believe that they state this on their website, but that’s what they enforce.

Any idea how Wyndham chooses which points to transfer? IIRC each individual point has its own “memory” and expiration date… one would hope they transfer the oldest points first but is that right?

I did several transfers last year with no problem (thanks to lifting the limit to 100K). Also multiple transfers the year before.

Is limit 60k each way? Or in total? Thanks