The StayCayToFarAway contest has been a blast.  As a reminder, the Frequent Miler team has been competing against each other in a series of four challenges: Destination Cooking, Travel Themed Life Hack, Imitation Travel, and Improv Travel.  For each challenge, our task was to create a short video and accompanying post.  The results have been fantastic… mostly.  Seriously, most of the videos turned out better than I had hoped.  But, fortunately for this post, there were plenty of bad, disgusting, and cringeworthy moments too.

While final votes weren’t yet counted at the time of publication, it was fun to look back at all of the contest entries to point out the worst of the worst.  Now, without further ado, here are the worst, most cringeworthy, and grossest moments from #StayCayToFarAway… This one was too gross to publish as a picture here. If you want to see my underwear (who wouldn’t?) there’s only one place to go: watch my Hotel Survival Hacks video which shows (among other things) how best to protect your valuables in a hotel room.  This video is guaranteed to make you laugh (if you’re a 7 year old boy).

Carrie’s Travel Lifehack video shows a simple way to ensure that you’re always prepared for an allergic reaction.  The video also shows what happens to Carrie’s face when unprepared.  You’ve been warned.

Stephen’s Full English Breakfast Donut Burger arguably should be referred to as a heart-attack burger.  My wife thought it was gross.  I thought it looked fantastic… except for the donut bun.  Watch the video and then read the post to learn about places you can get your own donut burger if you’re into eating unhealthy, but not into cooking.

Most Gratuitous Use of Family Members Nick’s Travel Lifehack video shows how to protect yourself when traveling. The first half of the video, though, is a mostly unrelated (but fun to watch) investigation into “Reyes University.”  Here, Nick took full advantage of his adorable family to earn a few likes.  Yes, it’s a blatant gratuitous use of family members, but it works.  Nick gets extra credit for creating a Frequent Miler branded microphone.

In Carrie’s Destination Cooking video, she brought her sister into the act to help her prepare three different Mochi ice cream recipes.  They nailed it.

In Greg’s Imitation Travel Video (Return to Necker Island!), his son was made up to look  like Richard Branson.  See if you can tell the difference. 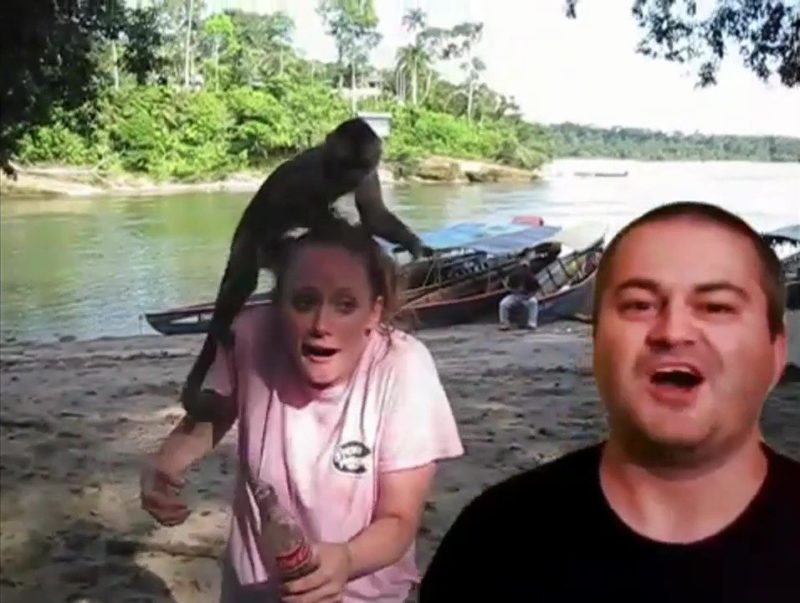 Elephant.  That’s what Stephen said when he saw this monkey on Nick’s wife’s head.  Elephant.

I get it.  Improv is really hard to do.  We all make silly mistakes, especially under time pressure (as was required in the Improv Travel challenge).  But.. elephant?

Think I’m being too harsh?  Watch the video and give Stephen a thumbs up to make him feel better about his boss teasing him.

My gross underwear in my Travel Lifehack video already won the Most Disgusting award, so I couldn’t really give myself a second win here.  But don’t doubt the moment’s cringeworthy-ness.  Oh, it’s cringeworthy for sure. All but two of the videos in the StayCayToFarAway series are perfectly fine for kids to watch. The parental problem with Stephen’s Destination Cooking video isn’t the worry that kids might try to eat something like this (but I’d understand that concern), but rather something Stephen’s wife said in response to Stephen wondering if he’d be able to get the whole thing into his mouth. For the most part, I wasn’t a fan of Improv Travel Challenge.  In my opinion, most of us did just OK.  I was hoping for funnier results.  But Carrie’s Improv Travel Video was great.  I laughed out loud many times.  Somehow, though, Carrie’s video has earned fewer “likes” than any of the other Improv Videos in this challenge (at least at the time of my writing this).  How can that be?

Help fix this grave error.  Watch the video and give it a thumbs-up.  Then go watch some of Stephen’s videos and give them thumbs-ups because he created the background that made Carrie’s video so good.

Here are the Improv Travel Tallies at the time of this writing:

My original plan for this post was to honestly review all 16 videos and to declare my favorites and least favorites in each category.  To prepare for that, I re-watched all 16 videos and re-read all 16 accompanying posts and I took notes along the way.

In the end, of course, I changed the focus of this post, but I think that my notes are interesting and informative in themselves.  Notes are listed in reverse order of publication.  For example, Nick’s cooking video was the first of the cooking videos to be published, so it is the last one listed in the notes under that section.

Each contestant created a mini cooking show demonstrating how to prepare some kind of food from someplace in the world.

Each contestant created a video showing off one or more life hacks that relate to travel.

Each contestant created a video showing off a destination, but without using real photos or videos of that location.

Each contestant received a video tour of a real destination assembled by another team member from their real travel photos and videos.  The contestant didn’t know what the footage was until they started recording with their face in front.  The goal was to create an improv tour of that destination. Vote tallies shown above were last updated on 5/23/20 at Noon Eastern Time. 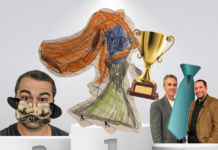 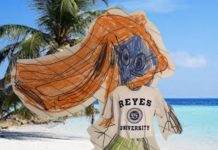 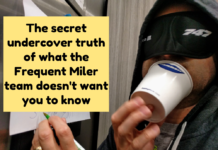